Besides bookings, the sedan has attracted more than 1.24 lakh enquiries in just 40 days of its launch in the country, Hyundai Motor India Ltd

Hyundai Motor India on Wednesday said it has received over 15,000 bookings for next generation version of its mid-sized sedan Verna. 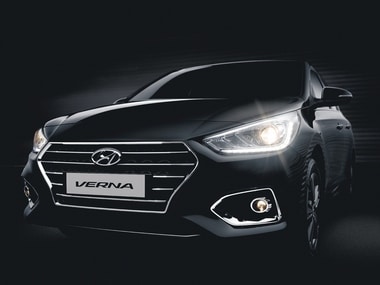 Besides bookings, the sedan has attracted more than 1.24 lakh enquiries in just 40 days of its launch in the country, Hyundai Motor India Ltd (HMIL) said in a statement.

"As committed, despite the production constraint, we will deliver 12,000 cars before Diwali and 20,000 cars by end of this year at an introductory price," HMIL MD & CEO Y K Koo said.

The latest model comes with 1.6 litre petrol and diesel engines mated with both manual and automatic transmissions.

The fifth generation Verna is based on a newly developed K2 platform and has been developed with an investment of Rs 1,040 crore. The company has so far sold 3.17 lakh units of the sedan in the country since the introduction of the model in 2006. Globally, around 88 lakh units have been sold.