Here are some midrange phones under Rs 15,000 that punch way above their weight.

In our latest list of best phones under Rs 10,000, I did suggest bumping up the budget a bit to get the higher memory variants. We won’t be facing such issues in today’s list when we increase our budget to Rs 15,000. Just like in the case of sub-10K segment, you will notice a lot of changes in this price bracket too as compared to our similar list from last quarter. So let’s cut to the chase and see what’s the best we can get in India this month in a budget of Rs 15,000.

The Redmi Note 7 Pro (Review) is going nowhere in a hurry and comfortably retains its place on our list, even after a quarter since its release. The glass-clad Redmi Note 7 Pro is pleasing to the eye and protected against scratches by Gorilla Glass 5 at the front as well as at the back. It has a 6.3-inch Full HD+ display with a drop notch. 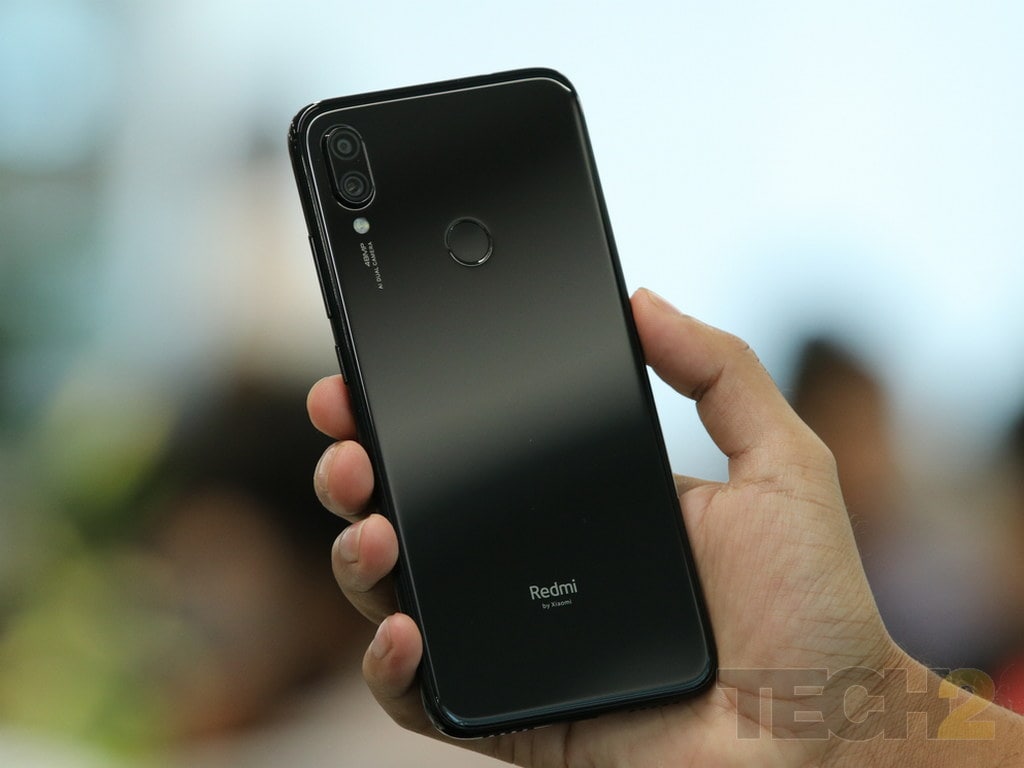 The phone is powered by a Snapdragon 675 SoC that is an excellent choice for this budget. It has more than enough muscle in this segment for day to day tasks as well as power-hungry pursuits like gaming. You get the 4 GB RAM and 64 GB internal storage variant in this budget. A 4,000 mAh battery keeps the device powered for well over a day of moderate usage.

Another major talking point of the Redmi Note 7 Pro is its 48 MP rear camera with a Sony IMX586 sensor. Like some of the flagship devices, it uses pixel binning that combines details from 4 pixels into one that provides more light data and helps retain finer detail in captured images. On the OS front, the new Xiaomi device runs the latest Android 9 Pie out of the box with MIUI 10 layer on top. The newly released Redmi Note 7S was also an option I considered, but for a price difference of just Rs 1,000, I wouldn’t want to trade the Snapdragon 675 for a Snapdragon 660. Rest of the specs are exactly the same.

Realme’s latest handset is another stylish phone that offers more than a little bit of everything. The curved edges and dual tone back make the Realme 3 Pro (Review) look classy and the wavy pattern at the back makes it eye-catching and unique. There is a layer of Gorilla Glass 5 on the 6.3-inch Full HD+ screen to protect it from scratches. It is powered by a Snapdragon 710 chip with a slightly more powerful GPU than the one found on the Redmi Note 7 Pro. 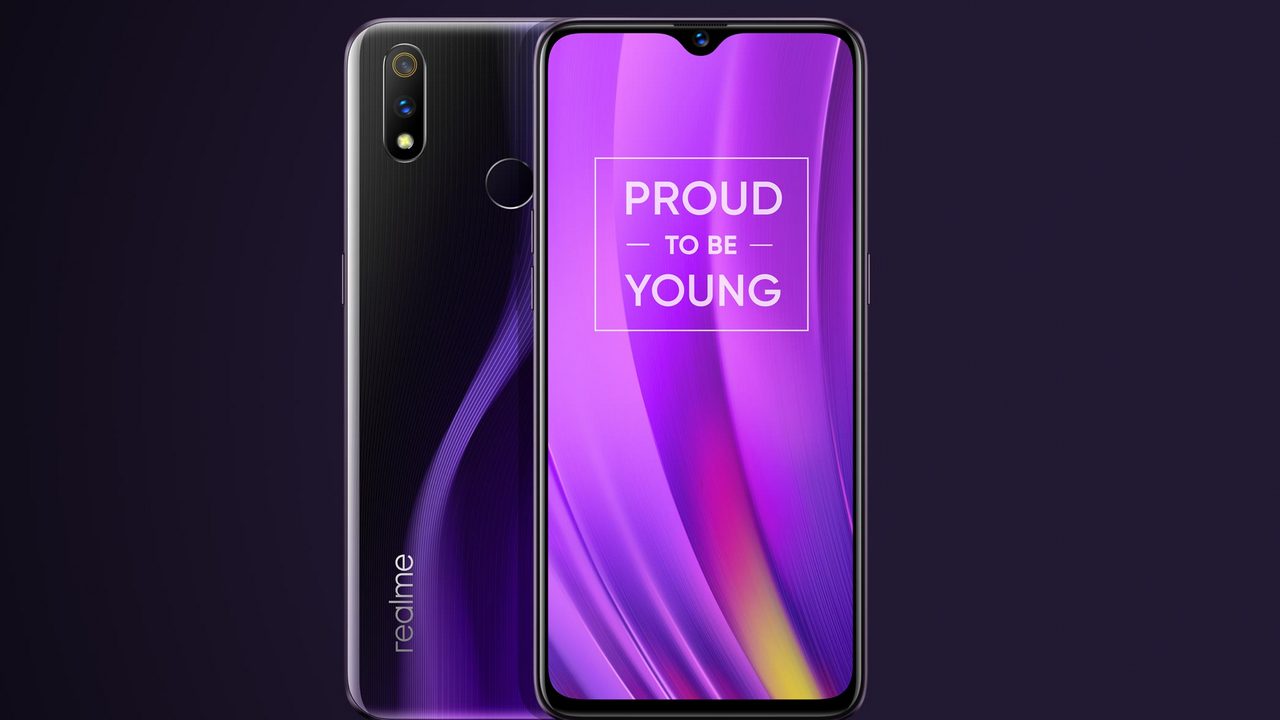 Another great choice of SoC in this budget. For gaming enthusiasts, this is one of the rare phones under Rs 15,000 that supports Fortnite and lets you play it smoothly at reasonably high settings.

The Realme 3 Pro is fitted with a 16 MP rear camera with a Sony IMX519 sensor, the same one that you get on a OnePlus 6T. There’s a 5 MP depth sensor too and a 25 MP front shooter for selfies. The front and rear cameras do an excellent job overall. Its 4,045 mAh battery lasts for a day comfortably and in case it is running low, the company has bundled a 20W VOOC quick charger in the bundle. It charges the battery from 0 to 100 in under 75 minutes and if you are in a hurry, you can charge a third of it in just 20 minutes.

ColorOS 6.0 based on Android 9 Pie is a refreshing change. The new design language and colour schemes make the UI look cleaner and a lot less clunky as compared to its previous versions. You also get an app drawer now.

Huawei’s sub-brand, Honor did something interesting when they released the Honor Play last year with their then flagship Kirin 970 SoC under Rs 20,000. The performance is comparable to a Snapdragon 845 in many areas, though not better. Despite that, it is a great gaming phone in this budget. It comes with 4 GB RAM and 64 GB internal storage that can be expanded further with a microSD card. The Kirin 970 chip along with Huawei’s GPU Turbo technology provides the necessary boost in gaming and other resource-intensive tasks. The Honor Play (Review) has an elegant design with an aluminium body. It has a 6.3-inch Full HD+ notched display and a 3, 750 mAh battery. It launched with Android Oreo 8.1 with EMUI 8.2 on top but received an Android 9 Pie update earlier this year. Photography is handled by 16 MP + 2 MP dual rear cameras, while there’s a 16 MP sensor at the front for selfies. The cameras do a decent job but this phone is targeted more at budget gamers than camera enthusiasts. The phone is currently selling under 15K on Amazon India.

The Samsung Galaxy M30 (Review) has the best in class 6.4-inch Super AMOLED Full HD+ display with a drop notch, something extremely rare in the sub-15K budget. You also get triple cameras at the back with 13 MP + 5 MP (ultra-wide) + 5 MP sensors handling the photography department. The photos come out sharp in good lighting conditions and the low light performance is par for the course in this segment. The portrait shots are quite impressive and so are the selfies clicked from its 16 MP front shooter. The display on the Galaxy M30 is certainly the best we've seen on a budget device. Image: tech2

The Samsung Galaxy M30 doesn’t have a similar processing muscle as compared to the phones above. It comes with a lower mid-range Exynos 7904 SoC which is comparable to a Qualcomm Snapdragon 636 or a MediaTek P60. It is accompanied by 4 GB RAM and 64 GB of internal storage that can be expanded further using a microSD card. Its 5,000 mAh battery is another highlight as it can last for two days on moderate usage. Lastly, like all M series phones currently, it runs Android Oreo 8.1 OS with Experience UI layer on top. All and all, not a bad Samsung branded phone in this budget.

Here’s another phone that deservedly retains its place in our sub-15K list and it has two things that other phones in this list cannot boast of. Asus Zenfone Max Pro M2 (Review) is the only phone with 6 GB of RAM and with stock Android UI. It is powered by a Snapdragon 660 SoC and has 64 GB internal storage that can be expanded further. The design is aesthetically pleasing with a 6.26-inch Full HD+ notched display with Corning Gorilla Glass 6 protection and a glossy glass-like back. It runs Android Oreo 8.1 with stock UI and an Android 9 Pie update has started rolling out recently. The phone’s standout feature is its mammoth 5,000 mAh battery that lasts a day and a half to two of moderate usage. The camera department has seen improvement as compared to its predecessor with the 12 MP + 5 MP dual rear cameras clicking good pictures in bright conditions and with acceptable quality for the segment in low light. The portrait mode here does an excellent job with accurate edge detection. The 13 MP front camera takes pretty good selfies too. The only catch here being the availability of this phone, especially this variant that runs out of stock often. If interested, keep an eye out for it on Flipkart.