Here are the top budget flagship phones with great features and performance that you can buy this month under Rs 35,000.

Last month we had taken a look at the best phones across various budgets under Rs 30,000. This month we move on to greener pastures and look at what we can get if we bump up the budget a bit, starting with the best under Rs 35,000. Affordable flagships or budget flagship phones as they are called have become immensely popular over the past couple of years. Recently, a lot of popular brands have released their new iterations, some of which we will look at in this article.

So let’s take a look. Note: All the phones in this list run Android 9 Pie. 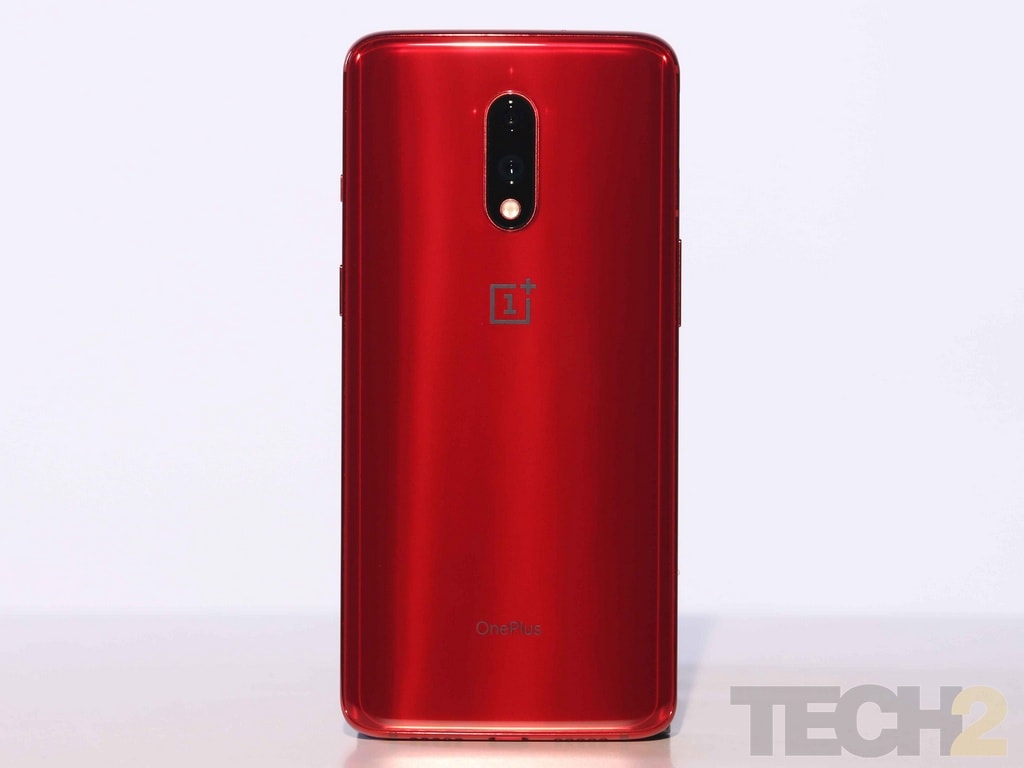 It’s hard to imagine this list without a OnePlus device and predictably, the OnePlus 7 (Review) makes the cut. It borrows quite a few things from its predecessor, 6T (Review), including the design, so much so that they are hard to tell apart when kept next to each other. It has the same 6.4-inch Full HD Optic AMOLED display too with a tiny drop notch at the top, and the same goes for its 3,700 mAh battery. There are a couple of major differences though in the processing and camera departments.

The OnePlus 7 is powered by Qualcomm’s latest flagship SoC, Snapdragon 855. It is accompanied by 6 GB RAM and 128 GB of internal storage. Moving away from the 16 MP main shooter on the past few generations of OnePlus devices, a 48 MP primary sensor makes an appearance at the rear along with a secondary 5 MP depth sensor. The primary lens has Optical Image Stabilisation and uses pixel binning to produce some crisp shots in varied lighting conditions. The front 16 MP camera is borrowed from the 6T. The OnePlus 7 is aggressively priced at Rs 32,999 and offers great all-round value for money.

Asus released their latest flagship 6Z (Review) last month and did a couple of interesting things with it. This phone too is powered by a Snapdragon 855 chip and comes with 6 GB RAM and 128 GB of internal storage, which unlike the OnePlus 7 is expandable up to 2 TB with a microSD card. It has a full-screen 6.4-inch Full HD+ display without any kind of a notch or hole for the front camera. So where’s the selfie camera, you ask? That’s the interesting part. In fact, it doesn’t have a dedicated front camera, and the rear cameras can be flipped over to take selfies. The flipping mechanism is motorised and controllable, thus letting you capture photos at interesting angles if you are creative enough. The rear cameras, which also double up as front cameras, have a 48 MP + 13 MP combination that captures excellent shots in decent lighting with natural colours and ample detail. They do a good job in low light too, but not better than the OnePlus 7 as of now. Thanks to the flip mechanism, you get arguably the best selfie cameras around with great portrait shots and even better videos. The Asus 6Z’s 5,000 mAh battery easily lasts a day and a half of moderate usage.

Honor 20 is another stylish device with even more interesting camera setup. This phone has four cameras on the back. You get a combination of 48 MP f/1.8 28 mm wide angle lens, a 16 MP with 13 mm ultrawide lens, a 2MP dedicated macro camera and another 2 MP depth sensor. And did I mention a 32 MP selfie camera up front? The more important part being that all this comes together to produce some quality shots in various lighting conditions and modes.

Just like its predecessor, Honor 20’s design is extremely classy and attractive with a glass body around an aluminium frame. It has a 6.26-inch Full HD+ notchless display with a tiny punch hole at the top left corner for the selfie camera. The phone is powered by Huawei’s flagship Kirin 980 chip along with 6 GB RAM and 128 GB internal storage. Its 3,750 mAh battery keeps it powered for over a day of moderate usage. Unlike the phones above, Oppo Reno (Review) isn’t powered by a flagship SoC. However, it has a more than competent Snapdragon 710 chip at its core. You also get 8 GB RAM and 128 GB storage to go with it. This too has a 6.4-inch Full HD+ full-screen AMOLED display without a notch or a hole. The 16 MP front camera is hosted on a cool, shark fin type mechanism that pops up when summoned. Just like the one OnePlus 7, this too has an in-display fingerprint scanner and a 48 MP + 5 MP dual camera combination at the back. But there’s no Optical Image Stabilisation here. Despite that, it manages to take some high-quality shots in good to decent lighting. Its 3,765 mAh battery goes beyond a day of moderate usage and can be charged briskly using the bundled VOOC charger.

While the above four phones are your best all-round options in this budget, you may want to consider the following last generation flagships that now offer excellent value for money after a major price drop. Needless to say, you will save a few thousand Rupees too. 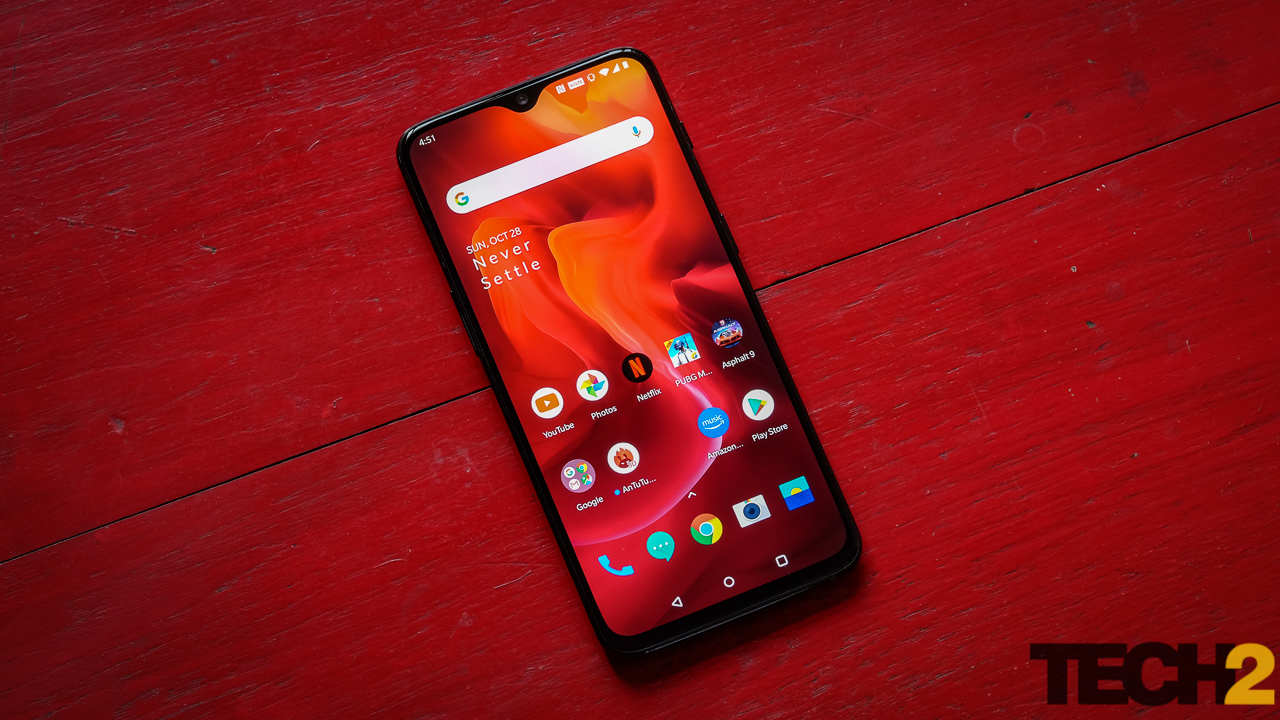 The OnePlus 6T (Review) has received a major price cut after the launch of OnePlus 7. The 8 GB RAM + 128 GB storage variant now sells for just Rs 27,999; a good 5K lower than the 6 GB/128 GB variant of the OnePlus 7. The OnePlus 6T, despite being a generation old, ticks most of the boxes for a high-end device — good design, still amply potent Snapdragon 845 SoC, good cameras, lots of RAM and storage and a large 6.4-inch AMOLED display with a tiny notch.

The 16 MP + 20 MP dual cameras at the back do a great job in most lighting conditions and are loaded with features. You get optical image stabilisation to compensate for your shaky hands and the phone can shoot super slow-mo HD videos at 480 fps and full HD videos at 240 fps. Its 3, 700 mAh battery comfortably lasts over a day of moderate usage, and the bundled Dash charger charges it fully in just over an hour. At that price, you totally get your money's worth.

The Honor View 20 (Review) isn’t technically a last generation device but it has received a massive Rs 7,000 price cut. It has an eye-catching design with a 6.4-inch Full HD+ notch-less display and an in-display front camera. At the back, you get the Aurora Nanotexture finish that displays multicoloured V-shaped lines running from the top to the bottom when you hold the phone at an angle. The optical illusion is quite cool indeed. Just like the Honor 20, the Honor View 20 is powered by Huawei’s current flagship Kirin 980 chip and comes bundled with 6 GB RAM and 128 GB storage.

The View 20 has half the number of cameras at the back as compared to the Honor 20 but its 48 MP rear camera does a good job in different lighting conditions and the output is at par with most phones in this list. This too uses pixel binning, which combines the data from four pixels into one to capture more details. A 4,000 mAh battery provides ample power for over a day of moderate usage. At 30K, it offers great value for money.