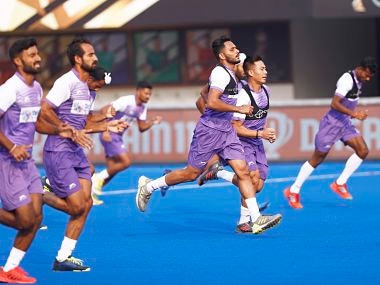 Preview: India are expected to face an uphill battle playing in front of the hockey crazy Odisha crowd that will turn up in large numbers to watch the 2018 FIH World Cup starting on Wednesday.

Despite being the most successful team in Olympic hockey with eight golds, India have won the World Cup only once, way back in 1975.

Despite playing at home, it will be sort of miracle if World No.5 India managed to break this long barren run this time round.

Under current coach Harendra Singh, the Indian team has shown a lot of promise.

Since taking over from previous incumbent, Dutchman Sjoerd Marijne in May this year, Harendra has guided the team to silver at the Champions Trophy, a bronze at the Asian Games and the Asian Champions Trophy title.

Before that, India had finished fourth at the 2018 Commonwealth Games under Marijne's watch.

This World Cup will feature a total of 4 pools with four teams each.

The pool toppers will get a direct entry into the quarterfinals while the 2nd and 3rd placed will have to go through play-offs to enter the last eight stage.

India have been placed in Pool C along with strong title contenders Belgium and minnows South Africa and Canada.

The hosts will start their campaign against South Africa on the opening day while Belgium will play Canada the same day.

Overwhelming favourites and defending champions Australia are in Pool B along with Ireland, England and China.

Australia, who have won the last two editions, will be chasing an unprecedented third consecutive title.

If the boys from Down Under are successful in their quest, they will win their fourth title and become the joint most successful nation in the tournament along with Pakistan.

The fact that Pakistan have managed to reach India is something of a triumph for the cash strapped team.