PV Sindhu's patient display against a spirited Nozomi Okuhara made the difference at the end. The Indian ace gets her first World Tour gold after taming No 2 seed 21-19, 21-17. No more silver lining, it's time for the golden aura to shine.

Okuhara involves Sindhu in yet another long rally, but the Indian was smart enough to find an acute angle to hit a drop shot. Sindhu takes the first game!

That's it from us on this glorious Sunday morning made even more glorious by the history-making PV Sindhu! Thank you! 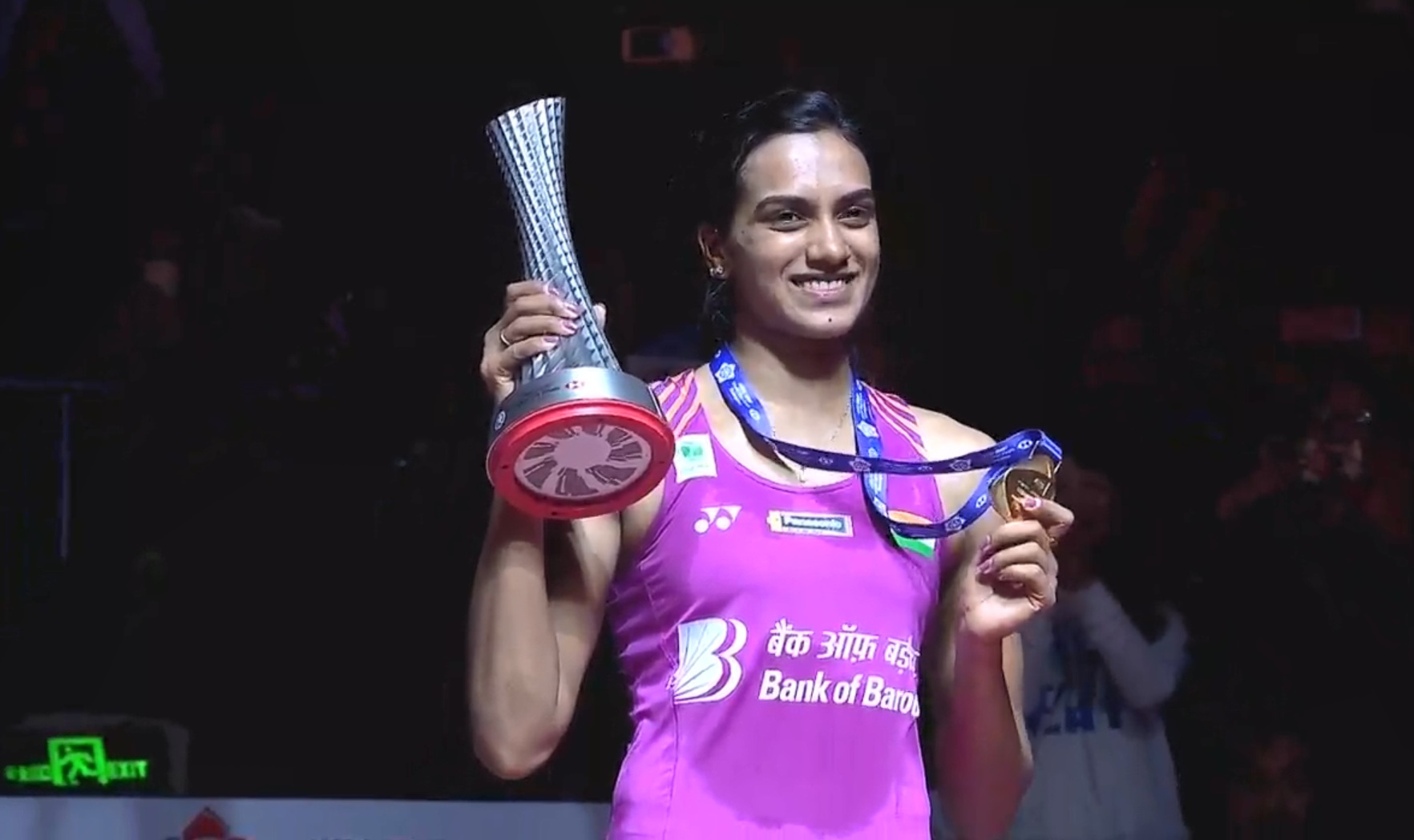 The wait is over for PV Sindhu!

Sindhu doesn't have to settle for second best anymore. As Gopichand once said: 'It will come'.

The time has finally come.

PV Sindhu's patient display against a spirited Nozomi Okuhara made the difference at the end. The Indian ace gets her first World Tour gold after taming No 2 seed 21-19, 21-17. No more silver lining, it's time for the golden aura to shine.

What a finish that was! Sindhu seems really calm at the net, which has allowed her to move freely from the mid-court area.

Okuhara did well to attack but eventually, she committed yet another costly error at the net. Sindhu with the opportunity to put pressure on Okuhara.

Okuhara hits a magnificent reverse slice drop to close the gap. Sindhu still has the advantage.

Okuhara wins a 48-shot rally and she is nowhere near giving up. Both players showed great determination to clear from the back and hit winners.

The Indian controls her net shots to perfection and opens up a two-point lead yet again.

Okuhara is slowly catching up by hitting it deep. It is a much better display from Sindhu in the second game, however, she must bag points quickly to cause damage. PV Sindhu will take on Nozomi Okuhara in the final. STR/AFP

The 23-year-old Olympic silver medallist, who has not lost to World No 8 Intanon in the last two years, breezed into the final after quashing her Thai opponent 21-16, 25-23 in 54 minutes.

The World No 6 from Hyderabad — who entered the semi-finals after defeating Beiwen Zhang of the US 21-9, 21-15 on Friday — dominated the first game, winning it in 20 minutes after grabbing an initial 6-4 lead.

Intanon bounced back in the second game but Sindhu did not lose nerve and won it in a nail-biting finish to wrap up the match.

Sindhu will now play against Japan's Nozomi Okuhara in the final on Sunday.