New Delhi/Kolkata: As Prime Minister Narendra Modi on Tuesday attacked the Mamata Banerjee government over violence in the panchayat polls in West Bengal, the state's ruling Trinamool Congress called it "outbursts of frustration".

"People weren't allowed to file nominations. People from all parties except one ruling the state have suffered. Workers of these parties were killed. This is serious. A land as great as West Bengal had to see such things. It is unfortunate," Modi said. 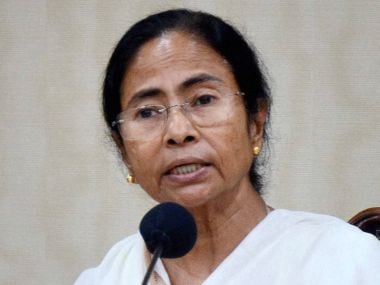 He was addressing workers at the Bharatiya Janata Party (BJP)'s central office in the national capital after the party emerged as the single-largest party in the Karnataka Assembly polls.

"Where is the spirit of democracy?" Modi asked.

"It is not just about winning elections. All political parties, including civil society and judiciary, must play an active role to strengthen the democratic spirit," he added.

"I don't want to blame anyone. I am only worried about democracy," the prime minister said.

"He should know that BJP goons killed ten Trinamool workers in the panchayat polls. No BJP worker was killed. On Wednesday, re-polling in 568 booths (will take place). So, why is this fake news being spread? Very unfortunate," said the party's website, attributing the remarks to Trinamool Secretary General Partha Chatterjee.

"They were dismayed because of not being able to win in Karnataka. Without knowing the details, it does not reflect well for the PM to make such comments," he added.

"Most of the murders and violence have been carried out by the PM's own party. Let BJP control their own party first!" he said.

At least 10 people were killed and more than 50 injured on Monday in violence during the West Bengal panchayat polls.