Most exit poll predictions are saying that Congress is likely to win in Rajasthan while BJP has the advantage in Madhya Pradesh.

Overall predictions for all states so far

Exit polls have said that Congress is set to come to power in Rajasthan while TRS will retain power in Telangana.

TRS is likely to win 79-91 seats in Telangana, while the Congress-led Mahakutami alliance will win 21-33 seats in India's youngest state.

While Congress is likely to win 55-65 seats in Chhattisgarh, BJP is likely to secure 21-31 seats in the state, according to the exit poll.

The exit poll further said that the Mahakutami alliance led by Congress will win 37 seats. BJP is expected to win seven seats while others will win 9 seats in 119-seat Assembly.

Overall predictions for all states so far

Exit polls have said that Congress is set to come to power in Rajasthan while TRS will retain power in Telangana.

If exit polls are to be believed, Vasundhara Raje will face defeat in the Rajasthan polls. 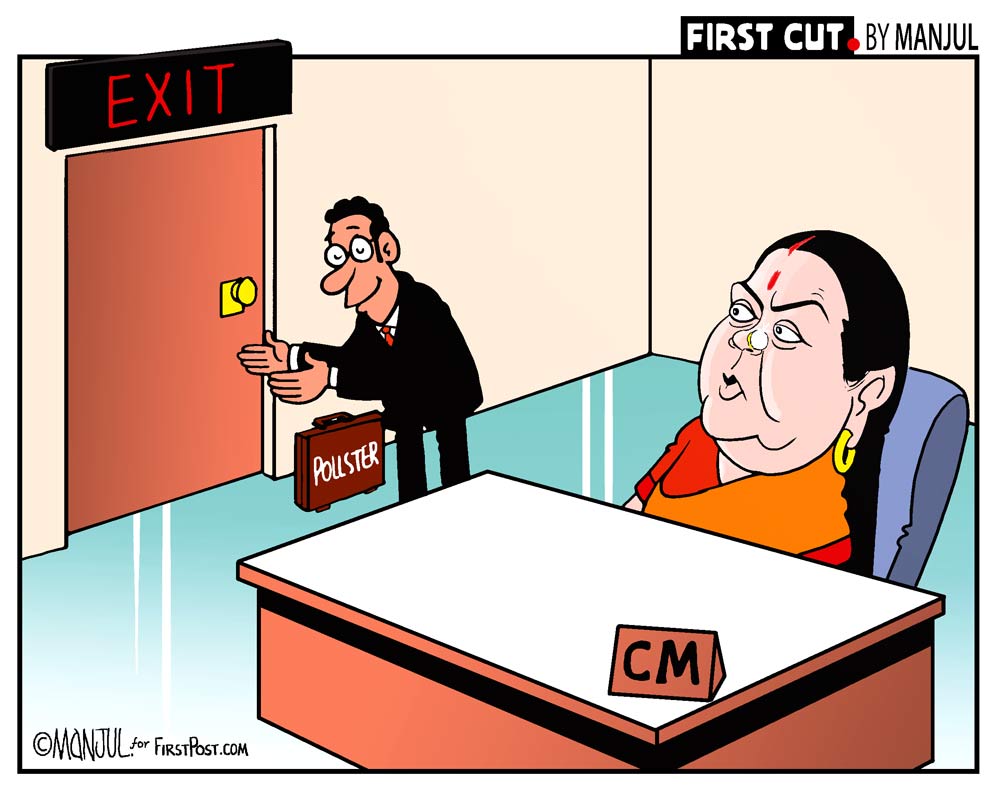 The Mizoram Assembly election exit poll is in and the surveys so far predicts major gains for the Mizo National Front (MNF).

According to the exit poll, it will be a close contest between TRS and the Congress-led Mahakutami in Telangana.

Here are the overall predictions for Chhattisgarh till now:

Exit Poll Results 2018 Live updates: Most exit poll predictions are saying that Congress is likely to win in Rajasthan while BJP has the advantage in Madhya Pradesh.

The exit poll results of the five states — Rajasthan, Telangana, Madhya Pradesh, Mizoram and Chhattisgarh — that underwent polling in the ongoing election season will be released on Friday at 5.30 pm.

While polling in Mizoram, Chhattisgarh and Madhya Pradesh concluded in November, voting is underway in Rajasthan and Telangana.

In Rajasthan, that saw 2,247 candidates vying for 200 seats, the exit polls may bring clarity on the voter's mood and whether or not the contest is largely bipolar between Congress and BJP. Ahead of the polls, it was reported that rebel candidates from both the parties who are contesting the elections as Independents after being denied a ticket could make the election trilateral in at least 50 seats. The contest in Telangana has largely been a trilateral one between K Chandrashekar Rao's Telangana Rashtra Samiti (TRS), the BJP, and the Praja Kootami (People's Front) forged by Congress, TDP, CPI and Telangana
Jana Samiti (TJS).

Assembly polls in Telangana were originally scheduled to be held simultaneously with the Lok Sabha polls next year. However, the Legislative Assembly was dissolved prematurely on September six following a recommendation made by the TRS government. The exit polls may give some idea as to whether or not Rao's gamble will playoff in his favour when the results are announce don 11 December.

Meanwhile, Rao on Friday exuded confidence that his party would come back to power in Telangana with a "huge majority". There is a "very, very positive" mood among voters towards the party, KCR, told reporters at his native village Chintamadaka where he cast his vote in the Assembly polls.

In Madhya Pradesh, as many as 2,899 candidates, including 1,094 Independents, are in the fray for the 230 seats, polling for which concluded on 28 November. The state witnessed high voter turnout in the Assembly election which was marred by complaints of faulty Electronic Voting Machines (EVMs) and stray incidents of violence. The main contest in the state is between the Congress and BJP – the big two of Madhya Pradesh politics. The state has 5.04 crore, eligible voters. The results will show whether or not Congress was able to use the anti-incumbency against the Shivraj Singh Chouhan government in its favour?

Mizoram, which also went to polls on 28 November recorded over 80 percent turnout. With 209 candidates in the fray, Mizoram is likely to witness a closely fought battle. While the Congress and the Mizo National Front (MNF) have 40 candidates each, the BJP has fielded 39, the Zoram People’s Movement (ZPM) has 36, and Zoram Thar has 22 candidates vying for a win.

The People’s Representation for Identity and Status of Mizoram (PRISM), former Aizawl-based anti-corruption watchdog which launched a political party last year, has fielded 13 candidates. The National People’s Party, which launched its Mizoram unit in late September this year, has nine candidates while the National Congress Party (NCP) has five candidates. Five independents have also thrown their hats in the ring this time.

In Chhattisgarh, polling took place in two phases. The first phase of the polls, which were held on 12 November in 18 seats across eight Naxal-affected districts, had recorded a voter turnout of 76.28 percent.  Whereas, the second phase which took place on 20 November, saw a turnout of 71.93 percent amid EVMs malfunctioning and missing names from voters' lists.

Counting of votes will be taken up on 11 December.