The India-Arab-Mediterranean corridor has driven the prominent stakeholders to chart the course of economic cooperation and trade partnership in the manufacturing, food production and processing sectors among others

The India-Arab-Mediterranean corridor is the most ambitious project that adds a new dimension to its geo-economic imagination. The outbreak of COVID-19 and the trust deficit globally over China’s cunning and the ongoing Russia-Ukraine war have generated a serious vacuum in the supply chain domain. In such a trying time, India and UAE are poised to reverse the current status quo in the supply chain domain, manufacturing, and distribution through this multimodal transport network.

This corridor links India, UAE, Saudi Arabia, Jordan, Israel, and Greece through renewed infrastructure diplomacy paving the way for free trade transcontinental economic space. As envisaged, the goods from India through its Mumbai ports are charted to be transhipped to the UAE port and from there by railroad passing through Saudi Arabia and Jordan, they are to be transported to Haifa port in Israel and subsequently by sea to the port in Piraeus, Greece. The entire exercise of transshipment is expected to be covered in a period of 10 days. This duration is assumed to be 40 per cent faster than the conventional and busy Suez Canal maritime route. The four major ports to be involved to operationalise this corridor are Mumbai Port Trust and Jawaharlal Nehru Port Trust from India, Dubai’s Jebel Ali Port, Israel’s Haifa and Greece’s Piraeus.

Dubai’s global logistics company DP World (DPW) has made a huge investment in the port infrastructures of India, primarily on India’s west coast ensuring ceaseless and effective maritime connectivity between Jebel Ali port and Mumbai port. DPW and Israel’s Bank Leumi and China’s Shanghai International Port Group have invested in Haifa port for its expansion and capacity enhancement of container terminals. In addition, the Israeli government’s bid to privatise Haifa port opened up the scope for Indian conglomerate Adani Ports to acquire a 70 per cent stake amounting to $1.18 billion. The price raised the eyebrows of the competitors having an equal appetite to buy.

The success of this deal is a product of a collective decision taken by India, Israel, the US, and UAE (I2U2) to open the India-Arab-Mediterranean economic corridor as an alternative to China’s BRI (Belt and Road Initiative) expansionism and interference. India’s trade discussions with the EU and UK have already started and efforts have been made to secure multilateral trade agreements. However, Adani’s debut into an international port and that to the busiest and geo-strategically and geo-economically critical port like Israel’s second largest Haifa promotes India’s role as an impact-making international actor in the domain of trade, commerce, defence and supply chain.

Apart from these functional ports (Mumbai Port, UAE Port, Haifa Port and Piraeus Port), the transport by land from Dubai to Haifa port involves UAE, Saudi Arabia, Jordan and Israel. The rail connection from Dubai port to Al Ghweifat at the UAE- Saudi Arabia border consisting of a 139 km track has been completed by UAE’s Etihad Rail. A 1392 km rail road covering Haradh in southeast Saudi Arabia Al-Kharj, Riyadh, Buraidah and Al-Haditha on the Saudi-Jordan border is functional and ready to be made use of.

The Saudi Arabian Railway (SAR) ensures connectivity and logistics aspects of that section. A 300 km stretch connecting Al-Haditha to Haifa port which passes through Jordan needs to be completed to operationalise the multimodal commercial corridor. Jordan is also going to be one of the beneficiaries of the project and it has developed a dependable relationship with Israel, UAE and US. This multimodal commercial corridor connects the Indian Ocean region through West Asia with the Mediterranean regions. This ambitious project will presumably see the light of the day in 2024. This was unthinkable before August 2020.

It was the Abraham Accords signed in 2020 that could bring Israel, UAE, Bahrain and USA together to work jointly in the region keeping aside decades-long animosity. This initiative could further lead to the formulation of the Arab-Mediterranean corridor. India’s know-how and capacity-building potential and manufacturing and distribution functionalities and deep footprints in West Asia are going to be the key to the success of the corridor. This corridor is expected to connect India with Mediterranean nations, European markets, and manufacturing hubs. The outsourcing that Europe may do to India will reach back to the source with finished products with relative ease and faster speed. The European dependencies on China will be significantly reduced. 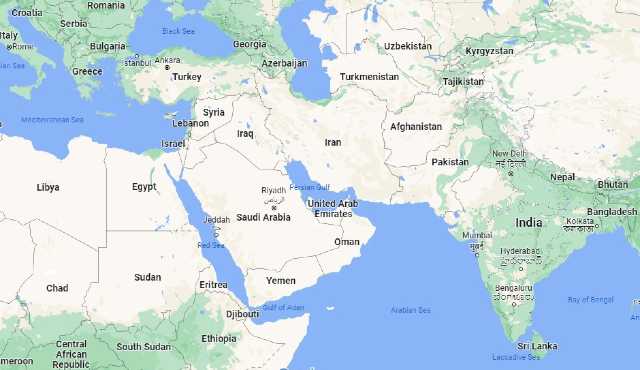 The India-Arab-Mediterranean corridor has driven the prominent stakeholders to chart the course of economic cooperation and trade partnership in the manufacturing, food production, processing sectors, etc. The multilateral partnership between India, UAE, Saudi Arabia and Israel has led to the formulation of the India-Middle East food corridor project. Moreover, UAE and Saudi Arabia have invested significantly in India for modernising its agriculture and water management system. This is going to encourage scientific farming in India and reinforce the importance of agriculture.

Israel, on the other hand, has extended its support in terms of supplying the cutting-edge scientific and technological know-how it has in the field. Both India and Israel are working closely to manufacture semiconductors and highly sophisticated drones. In the event of India turning out to be a manufacturing hub for semiconductors, the European automobile industry and other related sectors may depend on India for their requirements. Joint ventures in innovative technology, green energy, electric battery, electric vehicle, battery charging stations, technology-driven agriculture, etc., involving multiple investors and partners would help India in stretching its geo-economic leverage in Europe as well. In such a scenario India’s capacity to emerge as a manufacturing hub is likely to attract global majors to invest and minimize their dependencies on China and find a proper replacement.

UAE understands this dimension very well and has expressed exceptional keenness in investing in the port, transport and logistics on the western coast of India. It works with India to share India’s journey towards becoming a major force in the supply chain sector. UAE too realises the non-renewability aspect of its oil reserves and fossil deposits. Partnering with India in several sectors helps it diversify its economy and reduce the singular dependencies on conventional sources for its economy. These imperatives bind UAE to India to ensure the consistency of strength of its economy secured from any probable volatility. This explains the enduring nature of the India-Arab-Mediterranean corridor. Hence, the corridor will be a real game changer connecting the Indian Ocean with the Mediterranean Sea giving a fillip to supply chain resilience, and subsequently paving the way for comprehensive economic architecture in the region.