Where are the women in Mumbai?

In the second part of the photo series on gender and public space, we explore the city of dreams for millions: Mumbai.

There is place for everyone in this city that never sleeps. Mumbaikars have always taken pride in their city being one of India’s safest, where millions of women live independently. They hang out at Chowpatty and take the train, even at late night. But there are a few limitations to this perceived freedom.

A comparatively large (18 percent while Delhi has mere 11 percent) female workforce participation in Mumbai is one of the main reasons why the city gets the reputation of being safe for women. The catch here is that better access to public spaces like railway station, parks, markets, bus stations, metro is available to Mumbai women for the purpose of their commute. Once their shifts are over, women prefer to head home.

The author, therefore, has chosen to study the relationship between gender and public space in Mumbai, especially during the night, when working hours do not dictate the rush. The Fort precinct, which is considered the heart of Mumbai, was strategically picked for this. 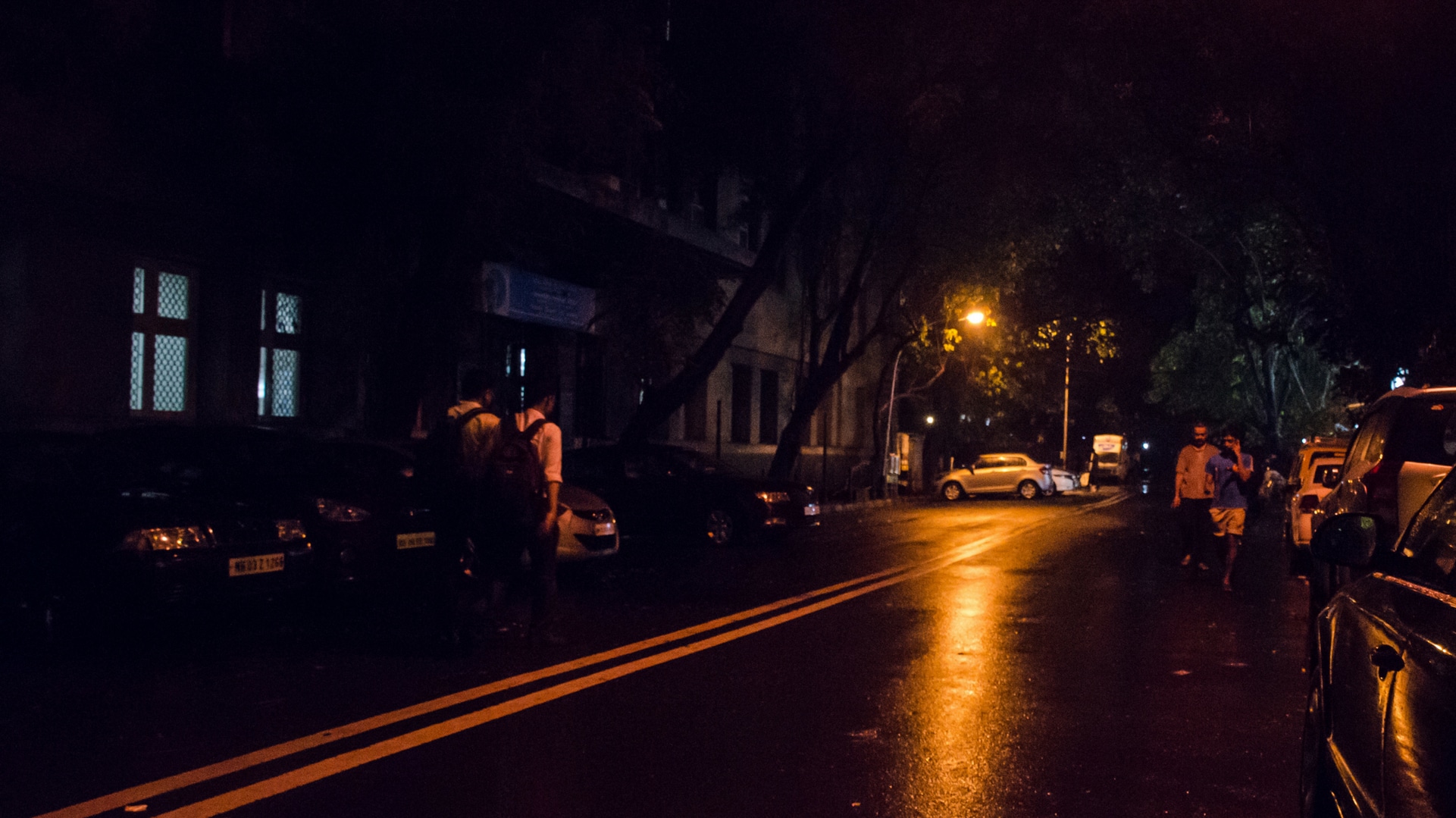 Similar to Connaught Place, Fort is also an office and commercial hub where many public and private enterprises have their headquarters; the Reserve Bank of India, State Bank of India, Bombay Stock Exchange to name a few. At one side of Fort is the sea, with several important docks and ports. The area is historically significant as it has some of the old colonial buildings, The Asiatic Library, Horniman Circle Gardens, The General Post Office and of course the spectacular Chhatrapati Shivaji Terminus railway station, a UNESCO World Heritage site.

Just like Connaught Place, this area, too, is populated with shops and street vendors selling a plethora of items from books to cameras. In addition, there are several hotels, restaurants, bars and travel agency offices catering to the round-the-year influx of tourists.

The photographs taken at Fort reveal that even during the day, the area doesn't exactly have a predominant female presence. 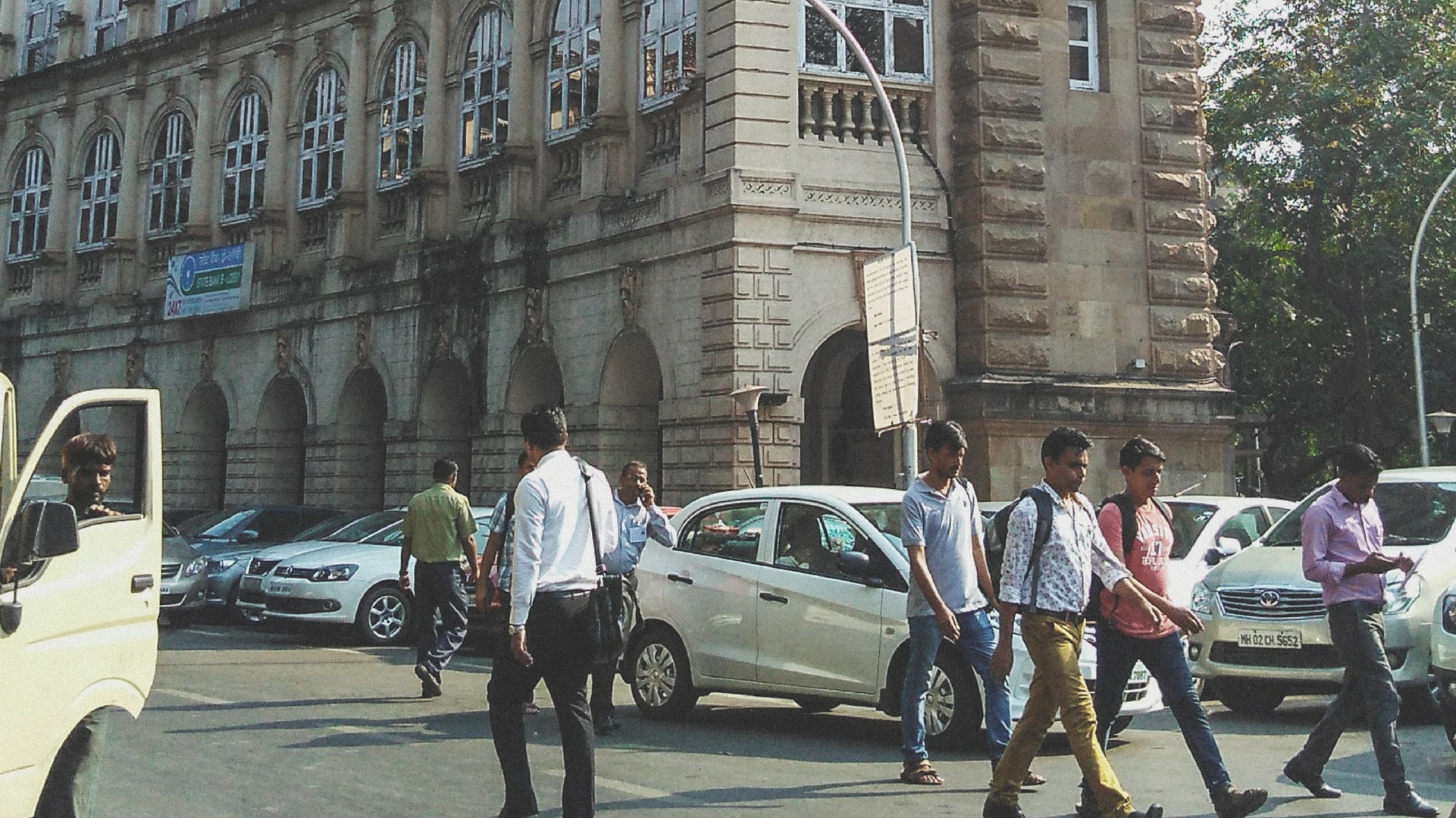 Men freely walk down the lanes, in and out of office buildings, carrying on their business. But the ratio of women to men is alarming. Female workforce presumably remains inside the office buildings. Tea stalls, fruit juice stalls, parking spaces, are all frequented by men, but women are largely missing from these spots. Several men can be seen taking a break from their routine, relaxing on the lawns of the beautiful Horniman Circle Garden. Women, however, stay off this place, for reasons unknown to a passerby. Both class and age are important factors among the women accessing public space. The precinct in focus has premium financial buildings, where most female employees are upper middle-class, white-collar employees, who commute by cars or cabs and remain inside their air-conditioned offices. This category of the female workforce would rarely be seen in a public space or roadside tea stall. Older women in the low-paying sector can be seen comfortably taking a break, somewhere in the Horniman Circle Garden. 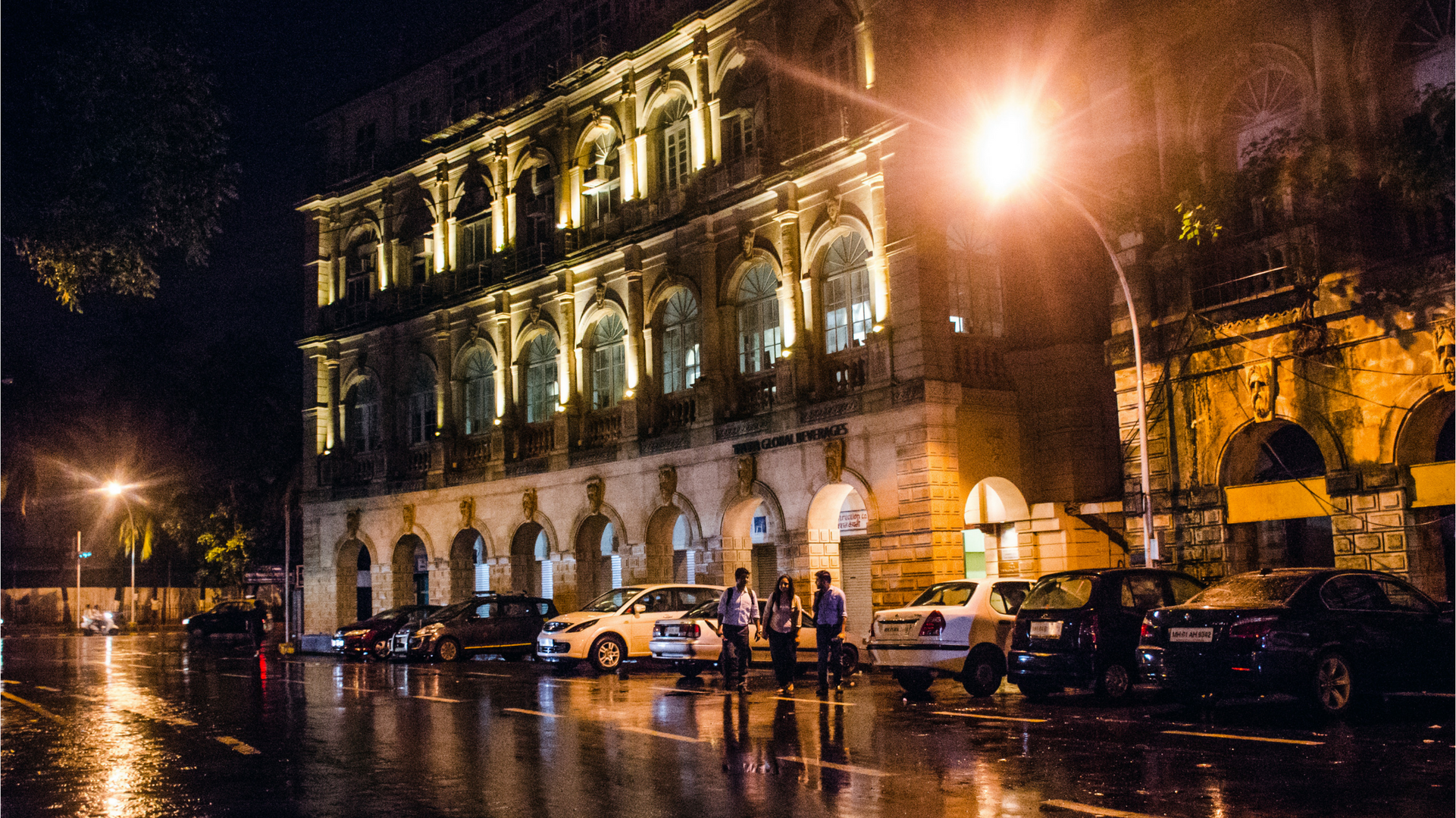 At night, however, the entire area around Jimmy Boy Restaurant, and Chroma Store, among several other bylanes, becomes completely dark and deserted, rendering it unsafe for an unaccompanied woman. 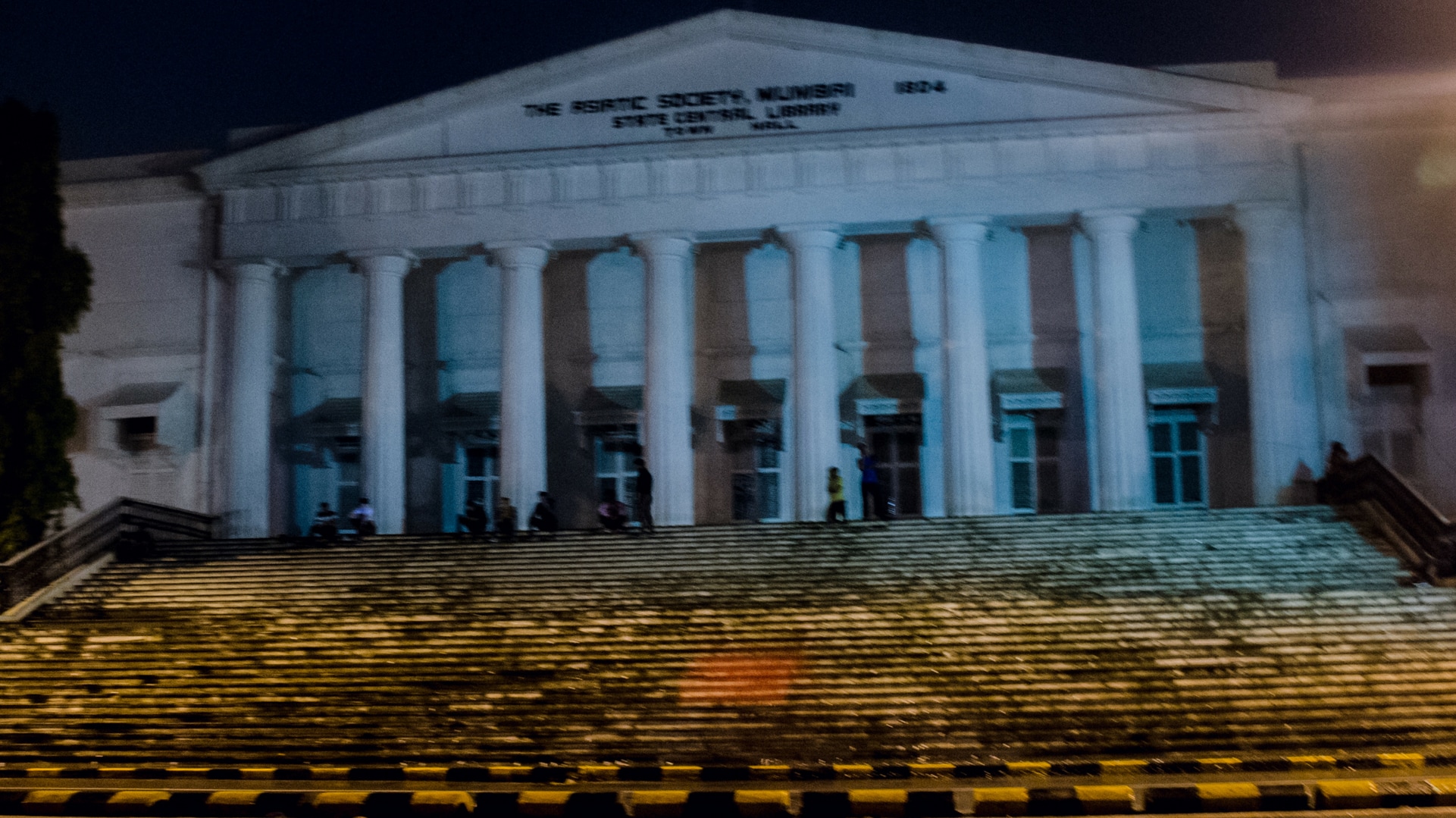 The grand staircase of Asiatic Library is a popular location for film shoots. Often a film crew can be spotted here consisting largely of men. While it serves as a meeting point for couples during the day, at night, men can be spotted purposelessly loitering. Again, it is a spot where women do not prefer being all by themselves. 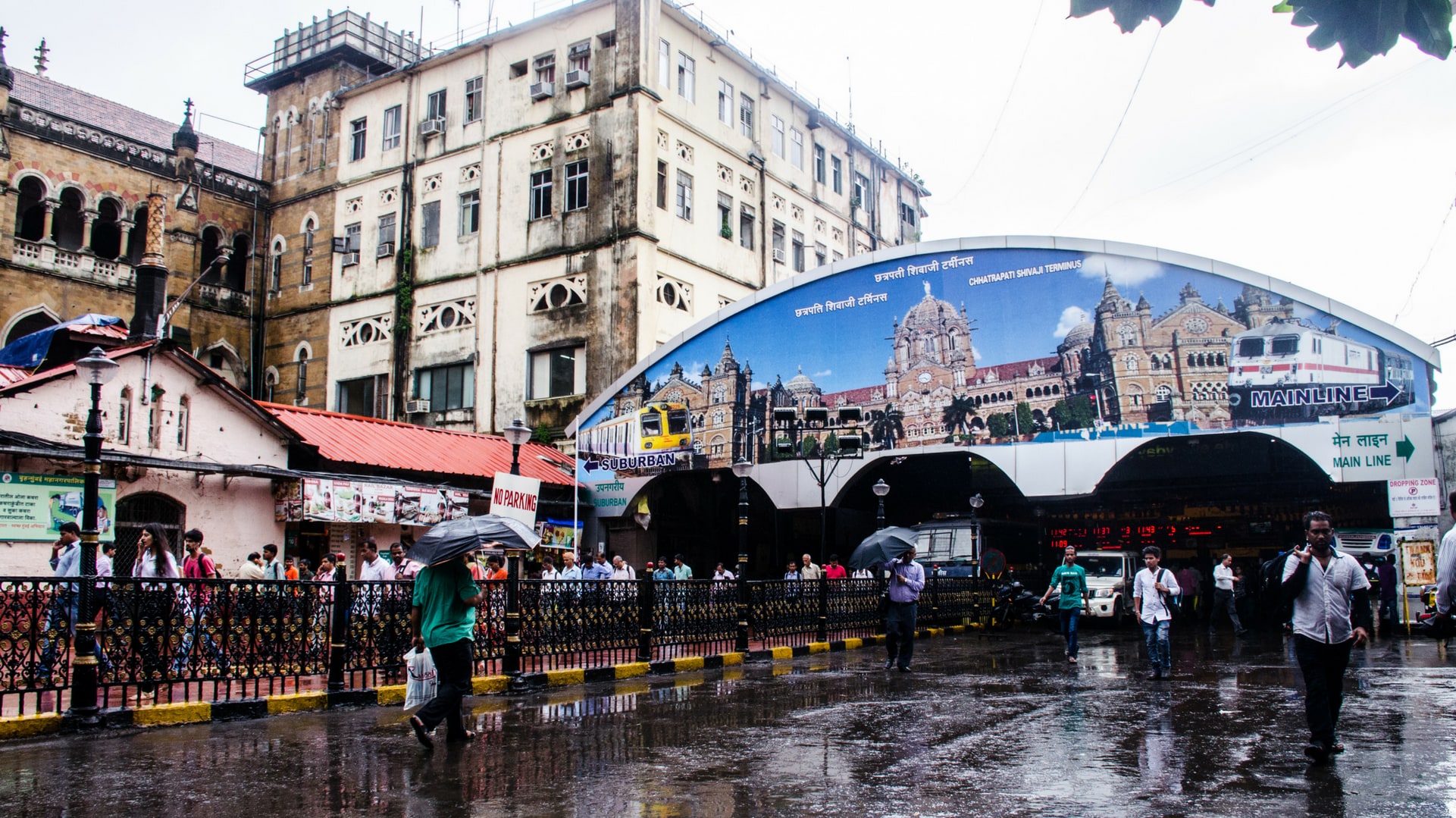 Everyday, a whooping 6.36 lakh passengers commute via the Chhatrapati Shivaji Terminus (CST), making it the second busiest station in Mumbai. Yet, a quick glance at the large crowd will reveal that men outnumber women here too. The street shopping, closer to the General Post Office (GPO) and CST, remains lively throughout the day. But then, it is a male-dominated area. Women whether on their own, or in groups, are largely out of the picture. At night, the only females in this area are the destitutes, either begging or looking for a place to sleep.

Sanjukta Basu is a TED Fellow, feminist writer and photographer. She is currently working on gender and public space and women with body art projects. All photos by Sanjukta Basu.