The Promised Land: It's a hard life for children, parents of Kerala's migrant workers

Shamseer has only faint memories of his father. Manzoor had left for Saudi Arabia when his son was just three years old. Three years later, when Manzoor came home on a holiday, he found that Shamseer had cognitive ability impairment. Since the age of five, he has been dependent on his mother for performing his daily chores. Suhaira, who had two other children, got a little relief when a special school for differently abled children in Kalpakancherry, Malappuram district, gave him admission seven years ago.

“Shamseer has been toilet trained. He can also write. I hope he will be able to manage all his chores after he completes his schooling,” Suhaira told Firstpost.

Over two million children have been left behind by the emigrants from Kerala. The problems these children face may not have any connection with migration but psychologists believe that it definitely has an effect on their recovery and rehabilitation.

In Malappuram, where over 50 percent households has at least one migrant, tops the state in the number of children with various disabilities. According to a survey conducted by the Kerala Social Security Mission (KSSM) — a field agency of the social justice department of the state government — there were nearly 1 lakh children with various disabilities in the district in 2012. Kozhikode came second with 78,548 differently abled children of which a large population of them are believed to be children of emigrants. 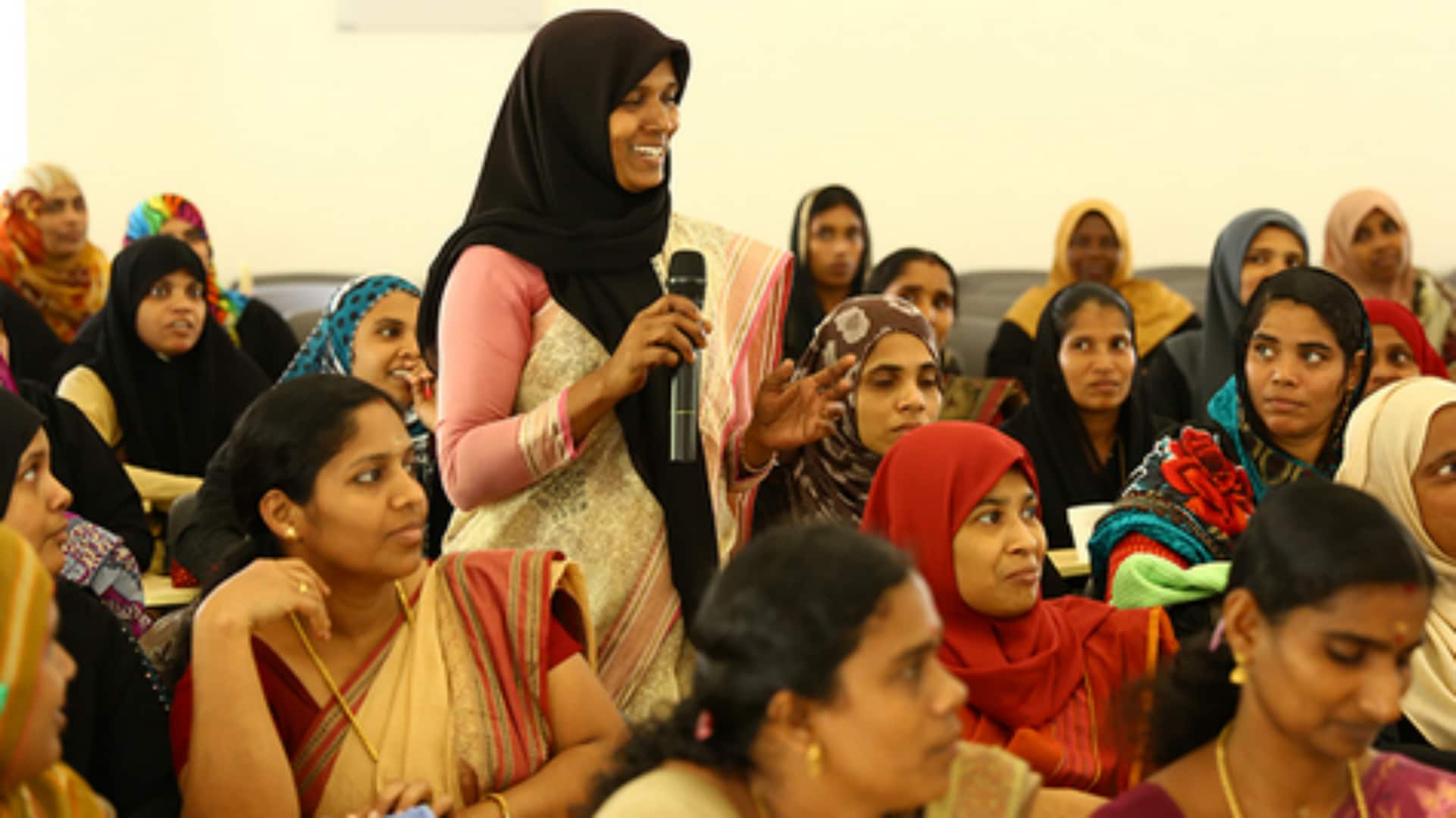 Jyothi Malayathu, headmistress of the KA Moopan School for Special Needs in Kalpakancherry, said of the 100 students enrolled in the school, more than 50 percent of them are children of migrants working in Gulf countries. She told Firstpost that the children of the emigrants do not get the required support from family and society. The women, who are the major caregivers of these children, are not equipped to handle the difficult task alone.

“They need the support of both the parents and the society around them to integrate them in the normal life. Unfortunately, their present caregivers are not educated enough to understand the complexities of the rehabilitation process,” Malayathu said.

K Abdul Nazeer, a school teacher at Kalpakancherry, said that the women, whose husbands work abroad, also do not get enough time to spare for these children as they have to perform multiple tasks in the absence of their husbands.

Soyuz John of National Institute of Mental Health and Neuro Sciences said that the children left behind by the emigrants face multiple psychosocial problems in the absence of quality and consistent parenting. He said that a large number of these Left Behind Children (LBC) were affected by this problem, which is called the ‘Gulf Syndrome’.

A study conducted by him along with Dhanshekhara Pandian into the parenting styles and behaviour problems of children among Gulf emigrants in Malappuram district revealed that both internalising and externalising behavioural problems were common among the LBCs.

Most of the children were found to have single parenting or inconsistent parenting in their homes. The study was based on a six-month data sourced from a private psychiatric hospital in Malappuram that runs a special clinic every Saturday specifically for children and adolescents.

The study that covered 38.6 percent children belonging to the age group of 10 to 14 and 37.5 percent above 15 years of age showed that prevalence of behavioural and emotional problems like Attention Deficit Hyperactivity Disorder (ADHD) and conduct disorders were high (50 percent) among the LBCs. Anxiety and stress related problems like depression, somatoform disorders and disassociation were 42.2 percent.

As many as 38.6 percent children were looked after by a single parent i.e. by mother. The study also found ‘inconsistency’ in parenting styles in the case of 25 percent of the LBCs. In the absence of the father, it's the mother and the grandparents who lay down the rules at home.

The study further showed that the mental health problems faced by the parenting mothers from the multiple and complex roles reflected on the behaviour of the children. Most of these single parents suffer from mental distress which gets heightened especially after they talk to their husbands. Most of the wives talk to their husbands on Fridays, which is a holiday in West Asia, after which many seek psychological help. Experts called it the  ‘Saturday Syndrome’.

The parents of the migrants are also the silent sufferers of the migration. The number of parents left behind by migrants is around four million, according to S Irudaya Rajan, chair professor, Ministry of Overseas Indian Affairs International Migration Research Unit at the Centre for Development Studies, Thiruvananthapuram. A sizeable section of these are elderly, who have no one to take care of them. Kerala tops the country in the number of senior citizens. The aged constituted 12.6 percent of 33 million population in the state in 2016, according to Ministry of Statistics and Programme Implementation, Government of India. This is projected to rise to 20 percent by 2021.

A steady rise in the longevity is the major reason for the rapid increase in the number of senior citizens in the last few decades. Kerala’s current longevity is 75.5 years as against the national average of 65.5 years. A person aged 60 will now live for another 27 years and an 80-year-old will live for another 13 years.

But the aged are not able to enjoy the longevity in the absence of support from children or other family members, says Dr PKB Nair, director of Thiruvananthapuram-based Centre for Gerontological Studies.

“While majority of those living with children in the state face various abuses, mostly related to property, the parents of the migrants lead lonely lives,” he added.

A study by the Centre for the Study of Social Exclusion and Inclusive Policy, Cochin University of Science and Technology revealed that six percent of the elderly are living alone in the state. Majority of them (67 percent) are widowed. This may be due to better survival rate among women.

A survey by the Economics and Statistics Department of the state government revealed that 10.35 percent of the total households with elderly in the state have their sons/daughters living abroad. Malappuram has the maximum of such houses (19.36 percent).

The biggest problem faced by the parents of the migrants is loneliness, health issues, insecurity, lack of emotional support, being crime targets and fear of attack from domestic aides or helpers for money. Dr Jothidev Kesavdev, a prominent dialectologist based at Thiruvananthapuram said that health issues were the biggest problem faced by the senior citizens in the state.

“The elderly in the state are grappling with multiple ailments. They need sustained care to maintain the quality of life. Those who live with their children have no problem in managing the health care. But it is tough for the parents of the migrants. They have no problem of money. The biggest problem they face is absence of caregivers,” he said.

The doctor told Firstpost that he had seen many senior citizens in Pathanamthitta, where he runs a clinic, suffering serious health issues due to lack of proper medical care. If there is somebody to ensure that they take at least their medicines in time, many of them can lead healthy life for another 10 to 15 years.

Studies have revealed that the common health problems faced by the elderly were a high prevalence of chronic non-communicable diseases such as hypertension, diabetes, falls, impairment of ADL and sadness. Migration may have benefited the state but it has made life miserable for the members of their families left behind by the migrants.