As the world comes together to raise awareness about the importance of our kidneys on World Kidney Day on 8 March, it's important to highlight just how much India needs a national movement for organ donation to prevent thousands of people from dying due to lack of kidneys, hearts, livers, lungs and other tissues.

The global 'opt-out' model of cadaver donation, where organs of all cadavers are automatically donated unless the deceased has voluntarily opted out, can be emulated. India needs such a system that pushes cadaver donation, especially since accidental deaths are high in our country. 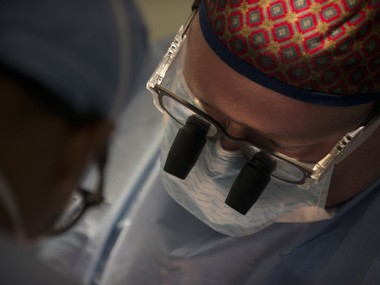 Britain is joining the growing list of countries voting for the opt-out model. The Dutch placed their faith in it recently.

France has made organ donation mandatory after the death of a person. The new ‘presumed consent’ law assumes that the deceased person agrees to have his/her organs donated, even if the individual’s immediate family is against it. Those who do not wish to donate their organs can put their name on a national 'refusal register' whereby their consent will not be presumed, and their organs will not be donated after their demise.

Medical teams will check the National Rejection Registrar at the time of death before considering organ or tissue removal. If it is not possible to sign up to the register, people can also sign and date a written refusal and leave it with a relative, or make an oral testimony to a relative who will then need to attest this wish to a medical team. France’s frequency of organ donation is expected to rise steeply soon.

The present regulations, as well as the social milieu in India, must change. Organ donation from living donors is constricted by several stringent rules that restrict the eligibility to only close relatives of the patient. Cadaver organ donation, which is a more desirable option, is extremely rare in India, as it is the next of kin who decides if or not organs of the deceased are to be donated. There has been almost no improvement in the organ donation situation. People are not ready to part with organs of their loved ones even after death. While in the West around 70-80 percent of people pledge their organs, in India only about 0.01 percent do so.

India is the diabetes capital of the world. People with diabetes in India doubled from 32 million in 2000 to 63 million in 2013 and the number is projected to rise to 101.2 million in 15 years, says the latest assessment by WHO, raising an alarm over the need to treat and contain the condition.

In India, around 75,900 males and 51,700 females in the age group of 30-69 years died due to diabetes in 2015, whereas 46,800 males and 45,600 females above 70 years of age died of the disease, according to WHO. However, the agency maintains that the mortality data is uncertain in the absence of national monitoring.

To add to the woes are the skyrocketing rates of obesity. Obesity in India has reached epidemic proportions in the 21st century, with morbid obesity affecting 5 percent of the country's population. There were 20 million obese women in India in 2014 compared to 9.8 million obese men. Severe obesity was observed in an additional 4 million Indian women. There were less than 800,000 obese women in India in 1975 compared with 400,000 obese men. There is an increasing prevalence of obesity even in school children. This increasing prevalence has implications for diabetes, cardiovascular diseases, and chronic kidney diseases.

And, in a worrying fallout of rising diabetes and hypertension cases in urban India, 17 out of every 100 Indian suffer from kidney disease. Of this, 6 percent have stage III kidney disease which necessitates medical attention and, in some cases, costly treatment like dialysis or transplants, suggests a study of kidney disease in the country.

The rising incidence of the disease among children is especially worrisome. Of the 1,50,000 new patients who need dialysis annually in the country, 1,35,000 people die without any kind of treatment due to financial constraints. Of the remaining 15,000 patients who are started on dialysis, 9,000 patients discontinue dialysis treatments within a month due to lack of resources.

Moreover, with dialysis not being a long-term option, patients have no option but to undergo transplants. A huge gap persists between demand and supply of organs in India. The country has a donation rate of 0.5 per million — one of the lowest in the world. In contrast, Spain has a donation rate of 36 per million inhabitants while numbers for Germany and the United States are 11 and 26 respectively.

Around 1.6 lakh patients are waiting for organs in India while a mere 12,000 donors are available. With the health ministry estimating that the annual requirement for kidneys ranges between 1-2 lakh with only 5,000 transplants occurring, the demand-supply gap is huge.

One of India's leading nephrologists, Dr Sanjeev Gulati, director and head of Nephrology and Kidney Transplant at Fortis Hospital, Vasant Kunj, New Delhi, is of the opinion that the 'opt-out' model must be emulated and public awareness would encourage cadaver organ donation.

But for the global best practices in organ donation to succeed in India, people's attitudes must change. "India definitely needs cadaver donations but so many things need to be organised for the system to be successful and, at present, we are far from that," says Dr Sanjay K Agarwal, professor and head, Department of Nephrology, AIIMS, New Delhi.

The Spanish model of opt-out cadaver donations, he says, is unlikely to be emulated in India with the current structure of Indian society. We have to work towards changing society's mindset.

As someone who had to have a kidney transplant in 2009 after 10 months of dialysis following kidney failure, I have experienced the trauma and emotional, physical and financial costs first hand. Hence, my fervent plea on World Kidney Day (March 8) is for India to move towards cadaver donations on the European model and save the lives of millions.