Why Hindi isn't the national language

When the Constituent Assembly met for the first time in December 1946, it had its work cut out. Among the earliest decisions taken by the body was that the proceedings of the House would be conducted in Hindustani and English. This decision in favour of Hindustani was accompanied by unexpected drama and was a portent of things to come.

RV Dhulekar, a member from Jhansi, began to speak in Hindustani before any rules regarding language use had been framed and was promptly admonished by the Chair since many in the Assembly could not understand him. Dhulekar responded with indignation and outrage, claiming that those who did not know Hindustani “had no right to stay in India”. Pacified by Jawaharlal Nehru and the fact that the House later ruled in favour of Hindustani, he piped down.

To settle the language issue, the Constituent Assembly did have some precedents to go by. In the late 1920s as the Congress turned the heat on the British in their bid to obtain self-rule for India, the need was felt to articulate the kind of India they wished to create in the future. The Motilal Nehru Commission Report of 1928 laid down many specifications towards this end. Among the commission’s more interesting recommendations were about language. The proposal was “… Indian, written either in Devanagari (Sanskrit/Hindi), Telugu, Tamil, Kannada, Bengali, Marathi or Gujarati in character. English usage to be permitted”. Also, the commission recommended that provinces should be configured on linguistic lines.

At this early stage itself, it appears that the Congress had rejected the European model of nationalism that mandated ‘one language’ in addition to ‘one religion’ and opted for an inclusive version. These were among the earliest national-level musings on the prickly issue of language that remained under the surface during the freedom struggle, only to reemerge when independence was imminent.

To begin with, Hindustani was a matter of contention. It was Gandhi’s preferred tongue and a halfway house between Sanskritised Hindi and Persianised Urdu. Its use in the Assembly was a reluctant compromise to begin with and it was soon to be contested in circumstances that brought to the fore the latent anti-Muslim feelings of some members who were Hindi advocates and their absolute refusal to engage with the concerns of the non-Hindi speaking states.

By July 1947, partition was imminent. The Indian national flag had been chosen. It was time to decide upon a national language. Hindi protagonists now made their move and crafted a strong case in favour of Hindi and against Hindustani, which they viewed as a symbol of Muslim appeasement that now held no water on account of the Pakistan demand having been conceded. In their view, Hindustani was an Urdu mask which they were determined to cast away.

Among Hindi’s proponents were prominent Congress members such as PD Tandon, KM Munshi, Ravi Shankar Shukla and Sampurnanand, all deeply entrenched in Hindi politics and the activities of the Hindi Sahitya Sammelan, which had been formed to fight for the Hindi cause.

The Hindi in Devanagari script that they were in favour of was the Sanskritised variety, which was not a widely spoken or understood tongue and, in reality, owing to the fact that it was of fairly recent vintage, had not been much used in literature either. As a widely exercised and understood tongue, Hindustani’s case to be the national language was stronger and it also had the backing of two of the Assembly’s leading lights, Nehru and Maulana Abul Kalam Azad. To make the case for Hindi, therefore, was an uphill task.

Even as the case for Hindi was being built (Dhulekar now resurfaced as a strong proponent of Hindi, as opposed to his earlier preference for Hindustani), its protagonists ran into strong opposition. Some south Indian members, among them G Durgabai (later Durgabai Deshmukh) of the Madras Presidency, weighed in favour of Hindustani. TT Krishnamachari (TTK), another prominent member, while not supporting Hindustani, muttered darkly about “Hindi imperialism” since he was appalled that Hindi advocates were unwilling to listen to counter-arguments or make any sort of compromise.

Then, unexpectedly, the joker in the pack emerged. Lakshmi Kanta Maitra, a member from Bengal, made a strong pitch for Sanskrit as the national language.

The case for Sanskrit invoked the familiar half-truths about it: the mother of all languages (Maitra actually referred to it as the “grandmother”), the most “scientific” of all languages and the language of Indian culture. It was also touted as an international language since its “grandeur” was said to have resulted in India being held in great esteem by other countries. In practical terms, Sanskrit’s case was sought to be strengthened by alluding to the fact that many Indian languages borrowed words from Sanskrit and, therefore, everyone possessed some knowledge of it. This borrowing also meant that it was not a ‘dead’ language since people were engaging with Sanskrit.

Amid these claims and counter-claims, the Anglo-Indian member, Frank Anthony, offered an unusual suggestion: Hindi in the Roman script. This resulted in demands for the Urdu script to be considered as well as a plea for Hindustani in the Roman script. In addition, half in jest, Bengali and Odia too were proposed as national languages owing to their developed character and antiquity, respectively. Clearly, the debate was going in several directions and no final decision appeared on the horizon.

At this point, a proposal that had been tabled a while earlier was brought back into the discussion. This was what was referred to as the “Munshi-Ayyangar formula” named after the people who had drafted it: KM Munshi and Gopalaswami Ayyangar. This formula did not provide for a national language. It proposed that Hindi in the Devanagari script would be the “official language of the Union” and that English would continue to be used for all official purposes for fifteen years from the date of the Constitution, which could be extended by Parliament. This compromise was accepted by all. The south Indians could for the time being negotiate matters of state with English and Sanskritised Hindi proponents took solace in the fact that Hindi would be developed further with state support and would hark back to Sanskrit for enhancing its vocabulary.

That Hindi was given a pride of place, not ‘national’ as desired, but still an important one, resulted in many anomalies in the years to come. The tragic outcome of this decision was the subsuming of the varied north Indian tongues under the bland label of ‘Hindi’. Within a few years of this decision, languages of considerable antiquity such as Bhojpuri, Awadhi, Braj and many others came to be regarded as Hindi dialects rather than as languages in their own right. Only in the new millennium were Maithili and Rajasthani given the status of ‘scheduled languages’, resulting in their belated acknowledgement. Parallelly, a frenetic Bhojpuri film industry resulted in that language too making its mark on the national consciousness.

Post the anti-Hindi riots in Tamil Nadu in 1965, English’s position as an official language was allowed to continue as TTK’s mutterings were repeatedly invoked to make out the Tamil objection to Hindi. Eventually, English was to prove an important weapon in India’s armour when liberalisation was introduced in 1991.

Hindustani with its allegedly Urdu moorings, had been rejected by the powers that be. But, in form and spirit, it survived — both in the spoken form (though it was referred to as Hindi) and also, in the Hindi film industry where the heavy Urdu influence on lyrics and dialogue survives to this day.

Amid all of this, in a strange twist, it appeared for a time that Sanskritised Hindi had receded into the background. But has it?

The BJP and its leaders use Sanskritised Hindi as a matter of practice (their preferred term is “shuddh Hindi”). In 2017, a concerted attempt was made to institute Hindi as a language of the UN which in essence was a backdoor attempt to enshrine it with the ‘national language’ status. Vice-president Venkaiah Naidu has in public declared Hindi to be the national language. In all instances, the howls of protest from linguistic minorities have been given the short shrift.

So, Hindi, the shuddh variety, if you will, is not giving up. Not just yet. 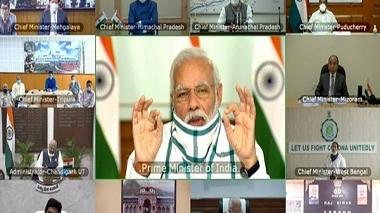 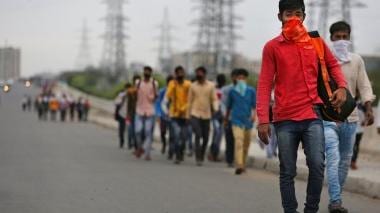 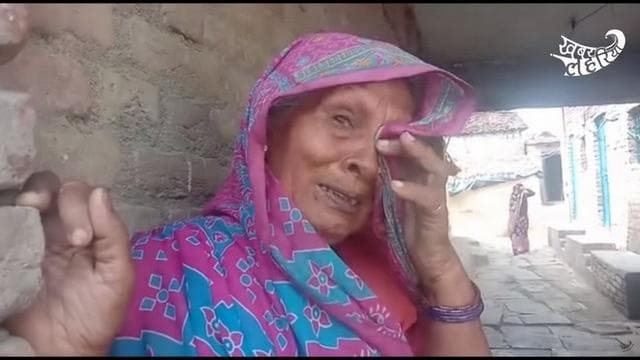