UPA govt 'sat on Rafale file' due to its greed, says BJP; accuses Congress of misleading nation on jet purchase

New Delhi: The BJP on Friday accused the Congress of "misleading" the nation on the Rafale purchase, saying the UPA dispensation never inked any deal for the fighter aircraft and sat on its file due to its "greed". 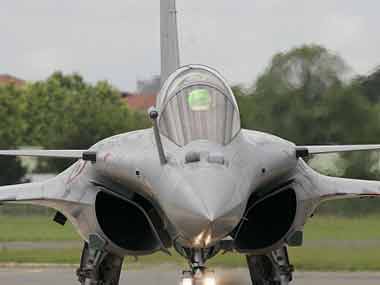 BJP spokesperson Anil Baluni refuted the allegations levelled at the NDA government by the Congress as a "pack of lies" and part of its strategy to spread "untruth and confusion" against the Modi government.

"The Congress has again misled the country over a sensitive issue like defence. It is comparing a best deal struck by this government in the national interest with an alleged deal of the UPA government which had never happened," the BJP's national media head said.

The trust is that the UPA dispensation sat on the Rafale deal file for reasons of its "greed and personal benefits" and compromised the nation's security interests, he claimed.

The Congress had on Friday accused the Modi government of "compromising" on national security and causing a loss of Rs 12,632 crore to the state exchequer on account of purchase of 36 Rafale fighter jets. PTI KR SMN
03092105
NNNN