Trumped by broccoli samosas: Brussels sprouts bhajiyas to kale kebabs, dishes that didn't make it to menu for US President's visit

Coming up with a menu for a Presidential visit is no easy feat, and while the world has been bowled over by the broccoli samosas that were specially served up for Donald Trump and his wife Melania's visit to Ahmedabad, FP Special Forces has been able to determine that there were several other delicacies that got left behind on the drawing (or chopping) board.

Through our deeply embedded sources (who may or may not have snuck in with a batch of murabba), we got the inside scoop on what other dishes could have been on the right side of a spatula.

Like the broccoli samosa — the very existence of which flies boldly in the face of culinary convention, to which odes such as that classic Bollywood hit, 'Jab Tak Rahega Samose Mein Aloo, Tera Rahoonga O Meri Shaloo', have been devoted — these discarded dishes too represented the best of East-West fusion.

By scouting through several crumpled up menu drafts, our sources were able to ascertain that the broccoli samosa was almost edged out by Brussels sprouts bhajiyas, dhokla sandwiches layered with berry compote, quinoa chaat, and minced kale kebabs. 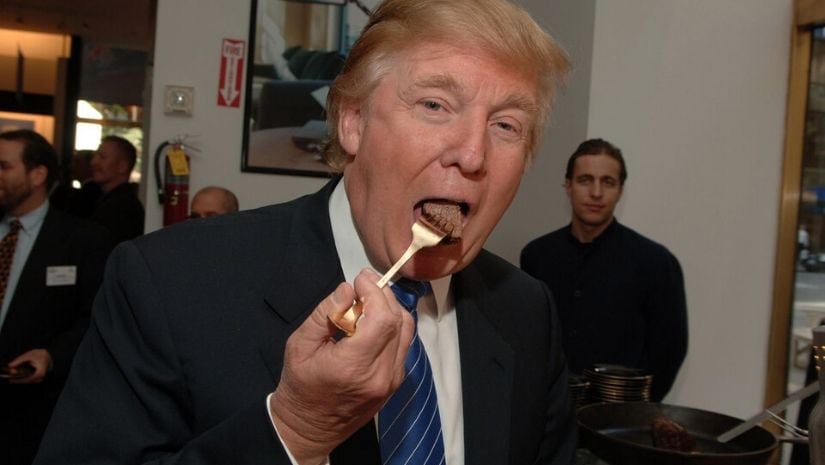 Among the delicacies that were edged out to make room for broccoli samosas during Donald Trump's visit to India were Brussels sprouts bhajiyas, dhokla sandwiches layered with berry compote, quinoa chaat, and minced kale kebabs. Representational image

"The brief was simple: tickle the Trumps' tastebuds," a sous chef involved in the Presidential visit meal prep told FP Special Forces, on condition of anonymity. "While we knew the US President is fond of hamberders and such, we wanted to wow him with a mix of Indian finger foods with Western influences that would show Trump saab a gustatory madhur milan – a plated metaphor for Indo-US relations."

A blog post titled Kitchen Confidential, from another anonymous insider, had detailed how much pressure the chefs had been under in the run-up to the Trumps' visit, to design a menu that would please the American President's palate enough to convince him to sign a trade deal. The blogger also wrote of how the head chef, seemingly cracking under the strain, was seen throwing out vast quantities of lauki even as the Trumps landed in India, cursing the day the hapless vegetable had been discovered.