Odisha chief minister Naveen Patnaik said the formation of a tribunal is the only way to resolve the Mahanadi river water dispute with Chhattisgarh. The two states have been at loggerheads for the past three years over the sharing of Mahanadi waters.

"We have met before without any results. We ask them (Centre and Chhattisgarh) to stop work of barrages. The then Union water resources minister Uma Bharati said that the central government has no power to do so," Patnaik said. 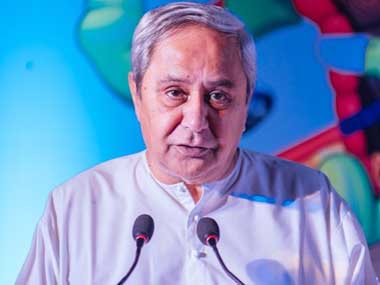 Patnaik was responding to a question during an interactive session at a round-table conclave here. He was asked whether he would meet Union water resources minister Nitin Gadkari, who wrote to him to propose another round of talks to resolve the dispute.

"I request you to communicate a date convenient to you for the discussion so that I am able to fix the meeting at the earliest in consultation with the CM of Chhattisgarh," Gadkari had written to Patnaik on 2 January.

While justifying his government's demand for a tribunal to resolve the river water dispute, Patnaik said, "We have asked clearly to form a tribunal where both the states — Odisha and Chhattisgarh — can come up with their points for judicial outcome."

Meanwhile, the ruling BJD vice-president Debi Prasad Mishra in a press meet alleged that the Chhattishgarh has violated several laws and constructed six major projects on upstream of river Mahanadi. "These projects are being constructed to feed water to industries and not to meet requirement of irrigation," Mishra alleged.

Mishra also alleged that though the BJP was aware of the violation of laws, the party-led central government was not taking any action against the violators for political reasons.