New Delhi: Ahead of Independence Day, three alleged members of different factions of Manipur-based terrorist outfit, Kangleipak Communist Party (KCP-PWG), including its commander-in-chief were arrested, the police said on Monday. 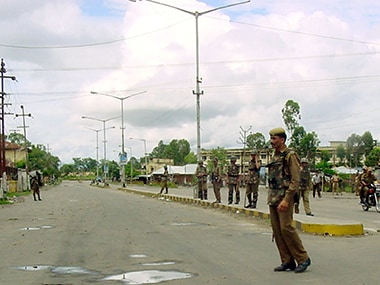 The KCP-PWG had allegedly carried out attacks on oil tankers in April and June after the oil tankers' association refused to give extortion money to it.

They were on the run and had come here to identify a base around Delhi to coordinate their anti-national activities. A team of Delhi Police's Special Cell was working on inputs that Meitei was hiding somewhere in Delhi, said the officer.

It was learnt that he had been staying in Kakarbeta area near the West Bengal-Nepal border but had plans to set up a hideout here to carry out the organisation's anti-national activities, he said.

On the basis of a tip-off, Meitei was arrested near Tibetan Market, ISBT, here along with two other members.

During interrogation, Meitei said that he was the commander-in-chief of the organisation and had earlier been arrested by the Manipur Police. He was on the run for five years, he said.

The second accused, Naobicha, had recently come in contact with Meitei. He also had a police record and was earlier associated with other banned organisations of Manipur.

Prior to coming to Delhi, they were operating from their base at Kakarbeta area near the West Bengal-Nepal border, said the officer.

They were living in Nepal for the last three years to evade arrest from Manipur Police. They used to extort money from government authorities, the local businessmen, private schools, leaders of political parties, operators of oil tankers etc by sending them threatening letters, said Kushwah.

The cadres based at Manipur used to collect extortion money which was later it was distributed between different wings of the outfit. A part of the money was also received by the Nepal-based leaders of these outfits.