New Delhi: In a setback for the Tamil Nadu Government, an NGT-appointed committee that looked into closure of Sterlite Copper plant in Tuticorin on Wednesday said that the order to close down the plant was unjustified and " against the principles of natural justice".

Mining company Vedanta's Sterlite Copper Plant saw major protests in Tamil Nadu against pollution to the water caused by the plant with presence of heavy metals found in the underground water. 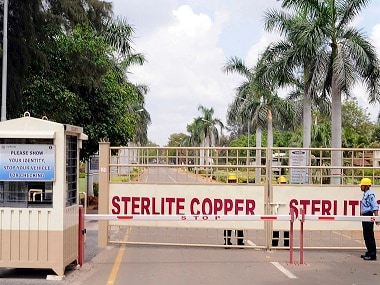 In May 2018, the National Green Tribunal (NGT) ordered permanent shutdown of the plant following recommendations of Tamil Nadu Pollution Control Board (TNPCB) under the Water (Prevention and Control of Pollution) Act, 1974.

The order to seal the premises was, however, reconsidered in August, after a three-member team headed by former Meghalaya High Court Chief Justice Tarun Agrawal was formed.

On Wednesday, the committee informed the green panel that no notice or opportunity was given to Vedanta before the closure.

"The impugned orders cannot be sustained as it is against the principles of natural justice. No notice or opportunity of hearing was given to the appellant. The grounds mentioned in the impugned orders are not that grievous to justify permanent closure of the factory," the committee told a bench headed by NGT Chairperson Justice Adarsh Kumar Goel.

The committee said the closure was wrong even if the appellant was found to be violating the conditions, norms or directions.

The committee also recommended that the sampling of effluent/emission and solid waste should also be done by a monitoring group to be constituted by TNPCB comprising a representative of the District Collector, an official of TNPCB, NGOs and academicians.

It added that the reports should be sent by TNPCB to CPCB for analysis. The matter is now listed on 7 December.