Beijing: China said on Monday it would continue to allow Indian pilgrims to Kailash Mansarovar through the Lipulekh pass in Uttarakhand, days after it closed the Nathu La route in Sikkim over a face-off between Indian and Chinese troops along the India-China border.

"The Nathu La route has been running well over two years and the relevant Chinese departments have already made arrangements before the incident took place," foreign ministry spokesperson Geng Shuang told reporters in Beijing. 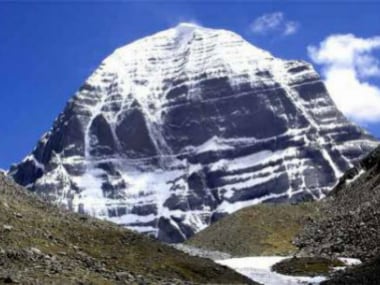 "Due to illegal entry of Indian troops and out of security concern, we have suspended the activity (through Nathu La). Its resumption depends on whether Indian side will correct its mistake or not.

"Regarding the other pass to Tibet, the entry by Indian pilgrims is still going on and the pass is located in the middle section of China-India boundary where there is no dispute. The pilgrimage is going on," Geng said.

The Nathu La route is the second one opened by China for the Indian pilgrims to visit Kailash and Mansarovar areas located at an altitude of 15,160 feet in Tibet.

Like the Nathu La route, the yatra was being organised by external affairs ministry since 1981 through Lipulekh pass in Himalayas connecting the Kumaon region of Uttarakhand with the old trading town of Taklakot in Tibet.

The ministry permits over 1000 pilgrims a year in 18 batches involving a 22-day arduous journey unlike the Nathu La route which enabled pilgrims to travel 1500 kilometres long route from Nathu La to Kailash by buses.

China's move cancelling the Kailash Mansarovar yatra through Nathu La in Sikkim came as a disappointment to the 800 devotees hoping to visit the high altitude area, believed to be the abode of Lord Shiva.

The pilgrimage to Kailash Mansarovar, considered holy by Hindus, Buddhists and Jains, takes place from June to September every year.