New Delhi: India on Thursday accused China of unilaterally trying to change the status quo on the border with Bhutan and said this is what has sparked off the stand-off between the Indian and Chinese armies.

External affairs minister Sushma Swaraj told the Rajya Sabha that while China was saying that India should withdraw its troops from Doklam for negotiations to begin, "we are saying that if a dialogue is to be held, then both should withdraw (their troops)". 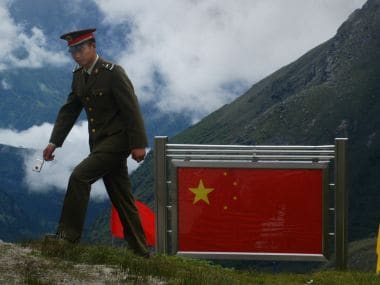 The Chinese action "is a challenge to our security", the minister said in the first exhaustive Indian comment on the border row that began over a month ago in the Sikkim sector of the winding Sino-Indian frontier.

Sushma Swaraj said India was not doing anything unreasonable.

"Foreign countries are with us. They feel that China is being aggressive with a small country like Bhutan. Bhutan has protested, including in writing. All the countries feel India's stand is right and the law is with us."