Shopian: Army jawan Rohit Kumar Yadav who was injured during an encounter with terrorists in Shopian district on Thursday, succumbed to his injuries in the hospital, said police on Friday.
In an official statement, the state police gave details about the encounter in which three terrorists were killed in Handew area of Shopian district on Thursday. 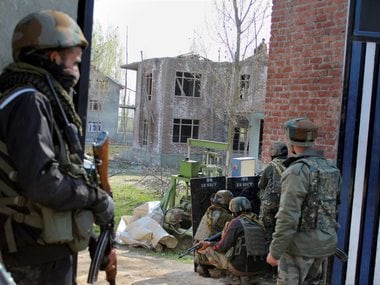 "The terrorists killed during the encounter have been identified as Yawar Ahmad Dar, a resident of Bandpaho Shopian, Shakeel Ahmad Dar, a resident of Tukroo Shopian and one active associate of terrorist Ishtiyaq Bhat, a resident of Handew in Shopian," the statement said. As per the statement, "Yawar Dar was involved in planning and executing a series of terror attacks in the area and committed many other civilian atrocities. He was involved in the terror attack on Zainpora Police Guard last year in which four policemen died. He was also involved in a case pertaining to the civilian atrocities in Chitragam Shopian."

"Shakil was involved in several terror attacks on security establishments in the area. Similarly, Ishtiyaq Bhat was an active associate of terrorists and several criminal cases were registered against him, including a case regarding terrorist activities. His complicity in the instant incident is under probe," it added. The security forces also recovered incriminating material including arms and ammunition from the site of encounter.

"All these materials have been taken in the case records for the purpose of investigation and to probe their complicity in other terror crimes," the police said in the statement. The police have requested the citizens not to venture inside the encounter zone since such an area can prove dangerous due to stray explosive materials. People are requested to cooperate with police till the area is completely sanitized and cleared of all the explosives materials if any.