New Delhi: Amidst demand for expeditious trial of terror cases involving Muslim youth, the Union home ministry has asked all states to set up fast track courts to take up such cases for speedy disposal.

Home minister Sushilkumar Shinde said the Centre has sent an advisory to all states and is also trying to find out how many Muslim inmates (involved in terror cases) were in jail and for how many years they have been languishing in prisons. 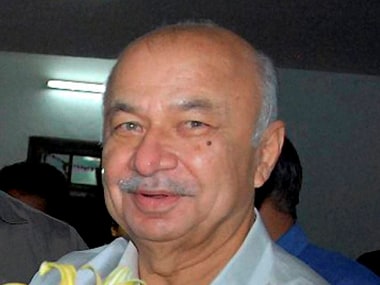 "We are trying to find out the facts. It will take time. We have asked the states to set up fast track courts," he said at a press conference here.

Minister of state for home RPN Singh had informed Parliament last fortnight that under the NIA Act, the central government has set up the 39 special courts to take up terror-related cases.

The move came three months after minority affairs minister K Rahman Khan had expressed concern to Shinde over "wrong arrests" of Muslim youths in different parts of the country in terror cases.

Apprising the home ministry of the concerns expressed by various Muslim bodies that the "draconian" provisions of the Unlawful Activities Prevention Act can be misused against minorities, Khan had proposed setting up of special courts to ensure speedy trial of all terror cases.

Fully backing the minority affairs minister's suggestion of setting up of special courts, Shinde wrote back to him saying "you have my assurance that this will happen.

Asked whether the central government has assessed the situation in Pakistan after the general election there, Shinde said an appropriate time has not come yet to review the situation in the neighbouring country.

It is a good initiative because such an initiative helps resolving many issues between the two countries," he said.

Commenting on the setting up of controversial NCTC, the home minister said the draft of the proposal with changes would be placed before the chief ministers for discussion at a conference on June 5.

"Since we have removed the operational power from the IB (Intelligence Bureau), there should not be any more apprehension from anyone," he said.

Most of the non-Congress chief ministers like Mamata Banerjee (West Bengal), Narendra Modi (Gujarat), Jayalalithaa (Tamil Nadu) have opposed the original proposal of NCTC saying it would infringe the states' power and hurt the federal structure of the country.

Asked whether he would ask the United States to allow access to 26/11 terror accused Tahawwur Hussain Rana during his visit to that country next week, Shinde said the issue may come up for discussion but it was the ministry of external affairs which normally flags such issues with foreign governments.

On the demands for commuting the death sentence of Punjab terrorist Devinder Pal Singh Bhullar, the home minister said he had received a number of representations but no decision has been taken yet. "We are still looking into it," he said.

Asked how the GoM constituted to draft a new bill to insulate CBI from political interference would formulate its course of action, the home minister said the members of the GoM have no so far discussed anything on the issue.

"When the first meeting of the GoM will be held, we will take a view -- how we will have to go further. Right now, I cannot tell you even preliminary," Shinde, himself a member of the newly-formed GoM, said.

On the possibility of transferring Delhi Police Commissioner Neeraj Kumar for Delhi Police' alleged mishandling of a few incidents recently, Shinde said no such decision has been taken yet as the inquiry report on manhandling of West Bengal Finance Minister Amit Mitra and storming of his residence by some protesters has not come to him so far.

"The inquiry report has gone to the Delhi Lieutenant Governor and Delhi Police for their comments. I do not know," he said.

Asked whether the probe report has given a clean chit to the Delhi Police, he said "I have not seen the report yet".

Shinde also refused to say anything on the NIA probe into the arrest of Liyaqat Ali Shah by the Delhi Police when he was on way to Jammu and Kashmir to surrender under a special rehabilitation scheme for Kashmiri militants.

"The report has not been finalised. When it comes, I will tell you," he said.

The home minister said there has been progress in the investigation into the April 17 blast in Bangalore.