Kota: Rajasthan police has busted an alleged sex racket operating in two spas in Kota and arrested 18 people, including eight women from Thailand, during the raids. 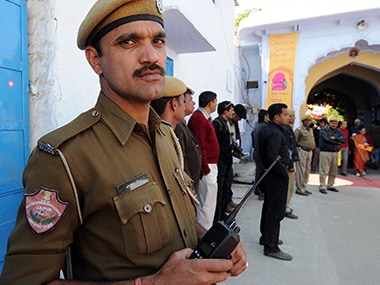 The police on Saturday said the proprietors of the spas, a couple from Bundi, was among those arrested late Friday evening.

The raids were carried out following a tip-off at the spas in Central Square Mall under Gumanpura Police Station and in District Centre under Jawaharnagar Police Station area of the city, trainee RPS officer Seema Chouhan told reporters in Kota.

Five women, four from Thailand and one from Nagaland, were nabbed from the spa at Central Square Mall along with four customers, she said.

In the raid at the spa in District Centre, five women, including four from Thailand, were arrested along with two customers, DSP Kota, Bane Singh, said.

Further investigation into the case is underway and the accused would be produced before court on Saturday, police officials said.