SC likely to pronounce verdict on Section 377 today: All you need to know about the archaic, controversial law

The Supreme Court on Thursday is likely to pronounce its verdict on the petitions challenging the legality of Section 377 of the Indian Penal Code.

Section 377, an archaic law which came into force 156 years back in 1862, reads as follows: "Unnatural offences — Whoever voluntarily has carnal intercourse against the order of nature with any man, woman or animal, shall be punished with imprisonment for life, or with imprisonment of either description for a term which may extend to ten years, and shall also be liable to fine."

Thus, this law criminalises certain consensual sexual acts between adults by describing them with the vague phrase "against the order of nature", in turn criminalising homosexuality and any group of people which form a sexual minority.

The issue of Section 377 was first raised in 2001 by an NGO, Naz Foundation, which had approached the Delhi High Court over the issue. 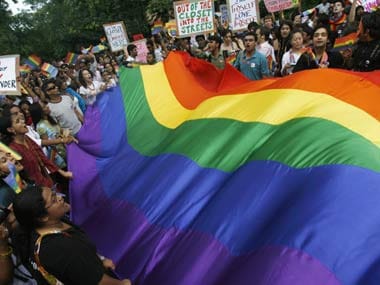 In 2009, the Delhi High Court decriminalised sex between consenting adults of the same gender by holding the penal provision as "illegal".

The verdict, which was described as “progressive” by the gay rights activists, had said, “Section 377 denies a person’s dignity and criminalises his or her core identity solely on account of his or her sexualities and thus violates Article 21.”

“As it stands, Section 377 denies a gay person a right to full personhood which is implicit in notion of life under Article 21 of the Constitution,” the high court bench had said in its 105-page judgement.

However, this judgment by the high court was overturned by the Supreme Court in 2013. The apex court had commenced the hearing on the fresh writ petitions challenging re-criminalisation of consensual gay sex between two adults, rejecting the Centre's plea seeking postponement of the proceedings by four weeks.

It had restored the criminality of the sexual relationship between persons of the same sex.

During the pendency of the curative petitions, the plea was made that an open court hearing should be granted and after the apex court agreed to it, several fresh writ petitions were filed seeking decriminalisation of Section 377.

A five-judge bench of the apex court began hearings in the Section 377 case on 10 July.

On 17 July, the apex court reserved its verdict on the issue. The constitution bench headed by Chief Justice of India Dipak Misra concluded hearing the arguments on the contentious issue after a detailed hearing of four days. The bench, also comprising Justices RF Nariman, AM Khanwilkar, DY Chandrachud and Indu Malhotra, had asked the parties to file written submissions in support of their claims by 20 July.