The Supreme Court on Tuesday, while providing relief to the former Bhushan Steel promoter Neeraj Singal (accused of allegedly siphoning off Rs 2,500 crore of public funds and arrested by the Serious Fraud Investigation Office), expressed 'disapproval' over the manner in which Singal was granted bail by the Delhi High Court. 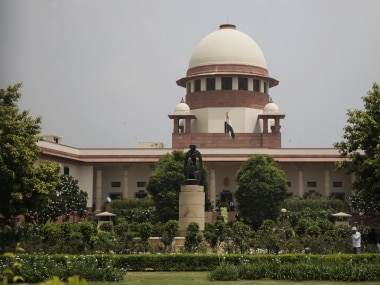 The court in its Tuesday order said, "We may only observe that urgent mentioning of the case was made before the Bench presided over by the learned Chief Justice of India and hearing thereon continued after court hours on 29.08.2018. The matter was directed to be listed on the next day on 30.08.2018. Propriety demanded that the High Court should have showed deference and awaited orders in the present proceedings. The haste with which the High Court was moved on the evening of 29.08.2018 at around 5:20 P.M. to implement its order, despite this Court being seized of the proceedings would indicate an attempt by Respondent No.1/Neeraj Singal to pre¬empt the hearing before this Court by securing release. We express our disapproval."

It further added, "Indisputably, Respondent No.1/Neeraj Singal was sent to judicial custody in connection with the alleged offences under Section 447 of the Act in terms of a judicial order passed by the jurisdictional court. That order was in force when the writ petition was filed and the interim order to release Respondent No.1/Neeraj Singal came to be passed. The High Court issued its interim directions, prima facie, in the teeth of the decisions of this Court in Saurabh Kumar v. Jailor, Koneila Jail and Another, and Manubhai Ratilal Patel v. State of Gujarat and Others. Further, the reasons assigned by the High Court in the impugned order for grant of interim relief are not confined to the issue of the validity of the stated sections of the Act or concerning grant of bail but prima facie impact upon issues concerning matters of investigation and lodging of the complaint and/or police report in respect of offences under the Act."

A bench comprising Justices AM Khanwilkar and DY Chandrachud, while pointing out that bail to Singal was granted in haste on 29 August despite the fact that the apex court was all set to hear the SFIO's appeal the very next day, observed in the order, "In the nature of the interim order that we propose to pass, we refrain from elaborating on the contentions and the reasons recorded by the High Court at this stage. However, we may observe that prima facie we find that the reasons being on the constitutional validity of provisions apart from Sections 212(6)(ii) and 212(7) of the Act ought not to have weighed with the High Court for grant of interim relief. Moreover, in any case, the High Court ought to have applied the broad contours required to be kept in mind for grant of bail under Section 439 Cr.P.C., which aspect, we find, has not been adverted to at all in the impugned order. There is prima facie substance in the grievance of the appellants that the High Court has failed to consider matter such as the nature of gravity of the alleged offence. Moreover, we find that in the course of the impugned order, the High Court even proceeded to recall certain observations made by it in another case (Poonam Malik v. Union of India [W.P.(Crl.) No.2384 of 2018] order dated 10th August 2018)."

The Delhi High Court had on 29 August granted bail to Singal who was arrested by the SFIO for allegedly siphoning off Rs 2,500 crore of public funds.