Editor's note: This article was originally published in June, 2017, and is being updated in view of Supreme Court's verdict on women officers in Indian Army, upholding the Delhi High Court's ruling in 2010 for granting permanent commission (PC) to all women officers irrespective of their years of service.

As per the Supreme Court judgment, they will be entitled to all consequential benefits as their male counterparts, including those who have even retired. The court also ruled that women officers can get command positions in the Army on par with male officers. Dissing Centre's argument of physiological limitations, social norms for denying permanent commission to women officers, the apex court termed its view "disturbing, irrational and against equality." The verdict came in response to a plea, filed by some women officers, concerning the denial of permanent commission to women officers in the armed forces.

General Bipin Rawat, on 5 June, 2017, had said the Indian Army will soon open its doors to women in combat roles.

He said, "I am looking at women coming as jawans. I am going to start it soon. Firstly, we will start with women as military police jawans." Earlier in 2017, President Pranab Mukherjee had said that women will take up combat roles in all sections of India's armed forces — Indian Army, Indian Navy, Indian Air Force.

Most countries employ women in various roles in their armed forces but only a handful, including Australia, Germany, Israel and the United States, have allowed them to take on fighting, or combat, roles. India, which has one of the largest armies in the world, has resisted such a move, citing concern over women's vulnerability if captured and over their physical and mental ability to cope with the stress of front line deployments. "My government has approved the induction of women as short service commission officers and as fighter pilots in the Indian Air Force. In the future, my government will induct women in all the fighter streams of our armed forces," Mukherjee had said. 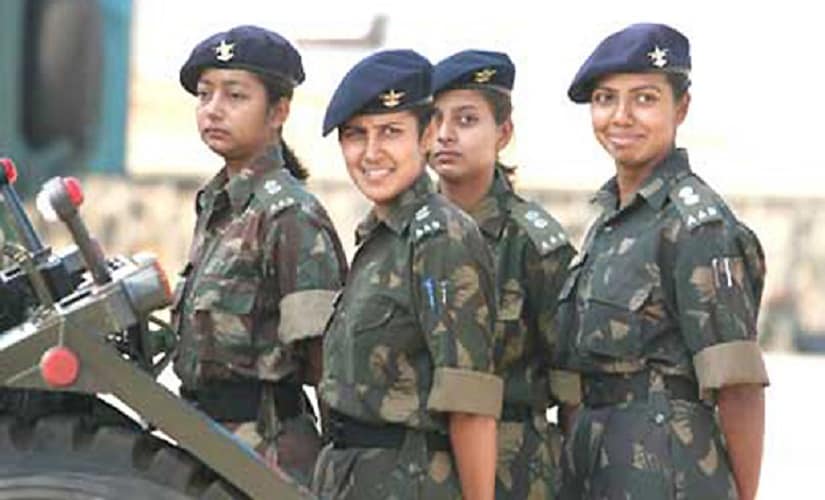 Women in the Indian Army. PTI

India began recruiting women to non-medical positions in the armed forces in 1992, yet only 2.5 percent of its more than one million personnel are women — most of them as administrators, intelligence officers, doctors, nurses or dentists. In October, the government took the first steps towards bringing women into fighting roles and approved plans by the Indian Air Force for women pilots to fly warplanes from June 2017 on a three-year experimental basis.

Women's rights activists welcomed the president's remarks but said that bringing real gender parity into the armed forces would be a slow process.

While this is good news women in the army, especially combat roles were/are not the norm. This gender barrier has been broken only by a few countries.

Here's a list of the countries that allow women in frontline combat positions:

In that same year, Denmark created a 'total inclusion' policy. They also had a combat trial study which concluded that men and women are the same on the field. Women are taken in all combat roles except the Special Operations Forces because of physical requirements. However, the Danish Army rolled out the policy to include women in the forces in 1962. According to a diversity report of the Danish Army, women were admitted to military academies in 1974. These changes gradually increased the positions available to women, except those where there was a risk of combat.

After a decade of study, women were permitted to fill combat positions in 1988, except piloting fighter aircraft, although this restriction was lifted in 1992. Since then, there have been no formal barriers to the inclusion of women in the DAF.

In Finland, enlisting in the army is voluntary for women and not mandatory, but if they enlist, training for combat positions is open to them as well.

In Sweden, women can serve in all parts of the military.

In 1989, a tribunal appointed under Canadian Human Rights Act ordered full integration of women in Canada's armed forces. Women were permitted to serve on board Canadian submarines in 2002. Now, roughly 15 percent of the Canada Army is now women and two percent of its combat troops — 99 troops — are women.

In the US, while women had been serving in various ranks in the armed forces, it was not until 2013 till the ban on women serving in combat was lifted. And three women completed the US Marine Corps' Infantry Training Battalion course but they wouldn't be allowed to serve till 'further studies' prove that they are physically capable. Ash Carter approved final plans for opening combat positions for women in the US Army in 2016.

Germany opened combat units to women in 2001. By 2009, at least 800 women were serving in combat roles in the German Army.

In the United Kingdom, all exclusions on women serving in Ground Close Combat (GCC) roles were lifted in July 2016.

In France, women make up 1.7 percent of the military and they can serve in all combat positions.

According to a report, 88 percent to 92 percent roles in the Israeli Army are open to female candidates and approximately 69 percent women can be found in all the positions.

Women serve as pilots and navigators in the air force, and they stand guard at flashpoint locations as officers in the Border Police. The army had also initiated a pilot program to test the possibility of integrating certain tank units.

Australia army opened combat roles to women in 2011 and frontline combat positions were opened for women in January 2013. New Zealand has no restrictions on roles for women in its defence force.