Kolkata: The CBI will move the Supreme Court seeking removal of the "no-coercive action" clause against former Kolkata Police Commissioner Rajeev Kumar as it wants his custodial interrogation in connection with the Saradha chit fund scam, an official of the probe agency said Saturday.

It would be better if Kumar is questioned without the no coercive action clause in order to know the finer details of the case, he said. 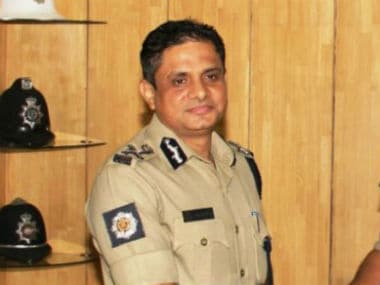 Kumar had been embroiled in a controversy for being at loggerheads with the CBI over its investigations into the Saradha chit fund and Rose Valley scams.

"We will appeal before the Supreme Court to remove the "no coercive action" clause against Rajeev Kumar. If a person has additional protection at times he or she doesn't reveal things. It would be better if we question him in our custody," a senior CBI official told PTI.

A team of CBI officers was stopped from entering the residence of Kumar, when he was the city police chief on 3 February when they had gone to question him in connection with the scam cases.

The move had led tchief minister Mamata Banerjee to launch a dharna in the heart of the city, protesting against "the attack on constitutional norms".

On 5 February, the apex court had directed Kumar to appear before the central investigative agency in connection with the matter. It had also said that no coercive step should be taken against Kumar.

Acting on the apex court's order, the CBI had questioned Kumar for several days in Shillong from 9 February.