Shirdi: A day-long bandh observed on Sunday in Shirdi following a row over the birthplace of Saibaba, will be called off after midnight. 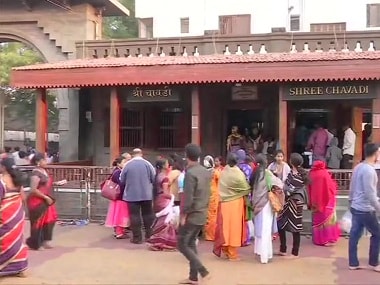 The Saibaba temple in Shirdi remained open amidst bandh in the temple town. ANI

The announcement was made by Shiv Sena MP from Shirdi, Sadashiv Lokhande, after a meeting with locals on Sunday evening. He said Chief Minister Uddhav Thackeray has convened a meeting in Mumbai on Monday to discuss the issue.

The bandh was observed to protest against Thackeray's announcement of grant of Rs 100 crore for development of facilities at "Sai janmasthan" (birthplace) at Pathri in Parbhani district, nearly 273 kms away from Shirdi in Ahmednagar district.

Saibaba, a prominent spiritual figure of the 19th Century, is equally revered by Hindus and Muslims.