The destruction of the liquor bottles was carried out under provision of the new Excise Act, brought in by Nitish Kumar government to enforce total prohibition in the state since April 2016. 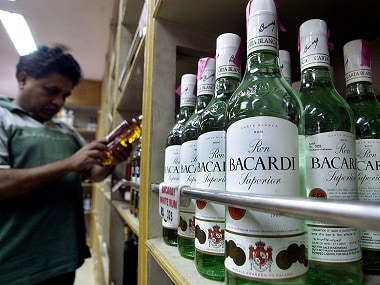 Road rollers and demolition machines were seen crushing the liquor bottles and sachets spread on the road, under the supervision of district magistrate Sanjay Kumar Agarwal.

Women assembled on the spot to celebrate the destruction of the seized liquor stock. They sung songs to sensitise the people about the advantages of prohibition.

Giving details, a statement from the district administration said, 14,509 bottles of Indian Made Foreign Liquor (IMFL), 9,780 bottles of beer and 5,886 sachets of domestic brew were destroyed.

The stock was worth about Rs. 1 crore.

The stock destroyed on Monday was lying with BSBCL (Bihar State Beverage Corporation Ltd) godown in Lakhni Bigha and Khagaul-Danapur.

On 29 May last, the Patna district administration had destroyed 29250 seized liquor bottles worth about Rs 1.25 crore, the statement added.