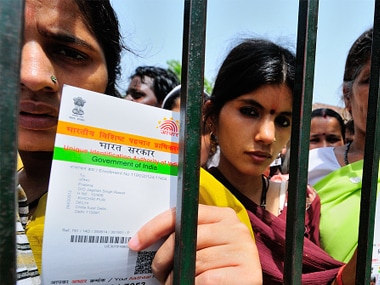 New Delhi: Right to privacy cannot be an absolute right and the state may have some power to put reasonable restriction, the Supreme Court said on Wednesday while examining the issue whether it can be declared as a fundamental right under the Constitution.

A nine-judge Constitution bench, headed by Chief Justice JS Khehar, also asked the Centre and others to assist it about the "contours" and ambit of test on which the width and scope of right to privacy and its infringement, if any, by the State would be tested. The bench then referred to the apex court judgement, criminalising gay sex and said if right to privacy was construed in its widest sense, then the verdict in the Naz Foundation case "would become vulnerable".

The NGO, Naz Foundation, has been fighting a legal battle for decriminalising consensual unnatural sex including lesbians, gays, bisexuals and transgenders.

It then gave illustrations including that giving birth to offsprings might fall under right to privacy and the parents could not say that the government did not have the power to direct sending every child to schools.

It also referred to issue of data protection and said that its ambit was "much wider" than right to privacy and "cataloguing the contents of privacy" has the danger of limiting the right itself.

"We live in an age of big data and the state is entitled to regulate the data whether it is for the purpose of regulating crime, taxation or other activities... Right to privacy cannot be so absolute that it prevents the state from legislating or regulating it," the bench said. If a bank has sought personal details for disbursing loans then it could not be said to be an infringement of right to privacy, it said, adding that the issues like one's sexual orientation and the bedroom details were covered under right to privacy.

Senior advocate Gopal Subramanium, appearing for one of the petitioners, initiated the arguments and said right to privacy was an "inalienable" and "inherent" to the most important fundamental right which the right to liberty.

He said the right to liberty, which also included right to privacy, was a pre-existing "natural right" which the Constitution acknowledged and guaranteed to the citizens in case of infringements by the State.

"Liberty is the fundamental value of our Constitution. Life and liberty are natural existing rights which our Constitution acknowledges and guarantees. How can liberty be at all experienced without privacy?" he asked.

Subramanium, at the outset, referred to apex court verdicts to highlight the process of interpretation of fundamental rights by it and assailed the two judgements delivered in MP Sharma and Kharak Singh cases by an eight-judge and six judge benches in 1954 and 1963 respectively in which it was held that right to privacy was not a fundamental right.

The issue of right to privacy as a fundamental right was deliberated upon by the court in the two cases.

"It is submitted that the decision in the 1954 and 1963 cases, to the extent they interpret fundamental rights on a distinctive basis (as recognised in the A K Gopalan case of 1950) are no longer good law.

"In view of the fact that the AK Gopalan case stands overruled in the RC Cooper case (of 1970), it follows a fortiori (from a stronger argument) that neither of the above decisions are effective."

He argued that right to privacy is inherent to the right to liberty and the Constitution "mediates" between the citizens and the State and the concept of privacy is "embedded in liberty as well as honour of a person".

He then referred to the Preamble and Article 14 (equality before law), 19 (freedom of speech and expression) and 21 (protection of life and liberty) of the Constitution to contend that right to privacy was intrinsic to these "inalienable" fundamental rights also.

The counsel assailed the contention of Attorney General KK Venugopal that right to privacy was a "common law right" and not the fundamental one and said it "went much beyond the common law" as it was inherently attached to the basic rights of life and liberty.

"Right to privacy invariably means the inviolability of the person. The expression 'person' includes the body as well as the inviolate personality and the privacy really is intended to indicate the realm of inviolable sanctuary that most of us sense in our beings.

"It refers to spatial sanctity, freedom in decisional autonomy, informational privacy as well as the ability to freely develop one's personality and exercise discretion and judgement," he said.

Former Attorney General Soli Sorabjee, appearing in support of privacy right, went much beyond and said even if the Constitution did not "explicitly" provide this right, it could be deduced as had been done in the case of freedom of press.

He referred to Article 19 and said it dealt with the freedom of speech and expression and the apex court deduced the media right from it.

Another senior advocate Shyam Divan also said privacy right was a fundamental right according to the "golden triangle" rule that comprised Article 14, 19 and 21.

"As recognised by an unbroken line of decisions of this court since 1975, right to privacy is protected under Part III of the Constitution. This court has recognised several unenumerated rights as facets of Article 21.

"Similarly, right to privacy has also been recognised as flowing from Article 21," he said.

He said that right to privacy extends to several aspects, including body integrity, personal autonomy, right to be left alone, informational self-determination and protection from State surveillance.

The bench, at one point, stopped Divan from raising issues relating to Aadhaar that that government could not force citizens to give biometric details and asked him to focus on the privacy issue alone.

When the bench asked whether privacy right could be absolute and the government could put some restriction or not, he said that the aspect of privacy might be determined on a case-to-case basis.

"In a technologically dynamic society it is imperative to keep dimensions of right to privacy flexible to adapt and adjust with the new scenarios," he said, adding many of the fundamental rights "cannot be enjoyed to the fullest in the absence of right to privacy".

He further referred to the fact that India is a signatory to the Universal Declaration on Human Rights and now to say that right to privacy is a common law right only will be a "regressive" step.

He said the recognition of "fundamental right to privacy" is consistent with international norms and has been recognised internationally as a human right and is protected in almost all liberal democracies.

Another senior advocate Arvind Dutta also submitted that right to privacy should be treated as a fundamental right.

The argument will continue tomorrow and that attorney general is likely to put the government's view across.