New Delhi: Former Union railway minister Pawan Kumar Bansal, whose nephew Vijay Singla and nine others have been chargesheeted by the CBI in the Rs 10 crore cash-for-post railway bribery case, has been named as a prosecution witness.

The agency filed a list of 90 prosecution witnesses along with the charge sheet in a special CBI court in New Delhi and Bansal has been named as the 39th witness. 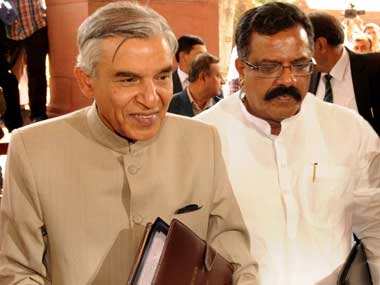 Barring Murali and Venugopal, CBI arrested eight accused and all those named in the charge sheet for the offence of criminal conspiracy under the IPC and relevant provisions of the Prevention of Corruption Act.

Besides Bansal, the agency has also named ex-Railway Board chairman Vinay Mittal, who retired from his post on 1 July 1 this year, as a prosecution witness.

Besides them, several officials from various banks have been named as witnesses.

The court also summoned Murali and Venugopal, who have not been arrested in the case, for 11 July.