A 22-year-old youth, Minhaj Ansari, from Dighari village, Jamtara district, in Jharkhand was arrested for a Whatsapp message on beef, touted as objectionable, reported Outlook India. According to his family, he was tortured while in custody. But the police have pointed to his medical records saying he had encephalitis, as the reason for his death. 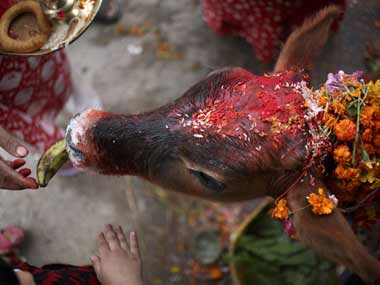 According to India Live Today, the comment on Whatsapp, had the potential to incite communal violence, especially before Muharram and Dussehra, said the police. And the arrest was made on 3 October by the Narayanpur police, after the message started circulating locally. After two days, he was moved to Dhanbad for treatment. And his family lodged an FIR for attempt to murder and outraging the modesty of a woman against Sub-Inspector Harish Pathak, the officer-in-charge which led to his suspension. But an enquiry as to the cause of death is still ongoing.

In The Indian Express report, the police admitted to some lapses on the part of the officer in charge. A few were detained as suspects but were later released. However, Minhaj Ansari was not. The youth's father, Umar Sheikh, his family and a few villagers went to the police station and engaged in a scuffle with the police. The youth was then shifted to Rajendra Institute of Medical Sciences (RIMS) in Ranchi on Sunday, where he succumbed to injuries. Security forces are keeping a strict watch, while the district administration has ordered a joint inquiry by the Sub Divisional Officer and Sub Divisional Police Officer.

In another report by The Indian Express, the Jharkhand Chief Minister Raghubar Das has directed a compensation sum of Rs 2 lakh to be given to the youth's family. The district administration has paid a sum of Rs 30,000 additionally and an Indira Awas has also been given. Jamtara SP Manoj Kumar Singh said that the officer-in-charge, Harish Pathak did not check on the young man's medical reports, the family was aware of his condition even prior to his arrest.

News : Held for WhatsApp message on beef, youth dies in custodyhttps://t.co/tsq4GMmjQi ONE more death because of BEEF in a BJP ruled state