Ram Navami 2020 to be observed on 2 April: All you need to know about the festival, celebrations

Ram Navami, celebrated on the ninth day of the Chaitra month, is considered to be an auspicious festival in the Hindu calendar. It marks the end of the spring festival of Chaitra Navratri or Vasanta Navratri and is believed to be the birthday of Lord Rama.

This year, Ram Navami 2020 will be celebrated on Thursday, 2 April. 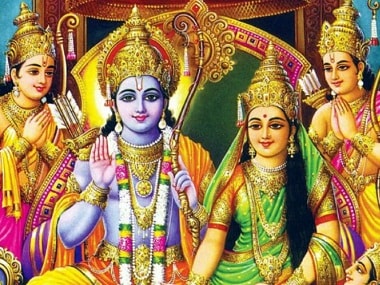 According to Hindu mythology, Rama is the seventh incarnation of Lord Vishnu. He was born in the royal family of Ayodhya.

Legend has it that Dashratha, the king of Ayodhya, had three wives Kausalya, Kaikeyi and Sumitra but no children of his own. Rishi Vasistha suggested that the king perform a yagna for an heir.

After the yagna, the king was blessed with four sons. While Rama was born to Kausalya, Kaikeyi became the mother to Bharat, while Sumitra gave birth to two sons Laxman and Shatrughna.

People recite verses from holy scriptures like Ramayana and Bhagavad Gita on Ram Navami. Devotees observe a fast on the day and head to temples dedicated to Lord Rama to pay their obeisance.