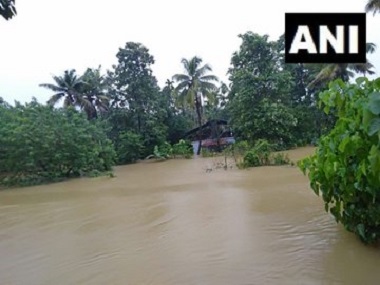 Gandhi, who won with a record margin from the hill constituency in the April Lok Sabha elections, said during his stay he would visit relief camps across Wayanad and review relief measures with state government officials.

"For the next few days I will be based in my Lok Sabha constituency, Wayanad that has been ravaged by floods. I will be visiting relief camps across Wayanad and reviewing relief measures with district & state officials," he tweeted.

Several people have so far lost their lives in Wayanad and Malappuram districts in the monsoon fury while many are feared missing in a major landslide.

Gandhi had said he had spoken to Prime Minister Narendra Modi, Kerala chief minister Pinarayi Vijayan, the district collector of Wayanad and Congress workers in the state regarding the flood situation in his constituency.

This is his second visit to Wayanad after the election.

Earlier, he had come on a three-day thanksgiving visit when he addressed road shows and public meetings in the constituency.

The Congress leader chose Wayanad as his second seat in addition to party stronghold of Amethi in Uttar Pradesh, which he, however, lost in the 2019 polls.