New Delhi: Home Minister Rajnath Singh on Tuesday appeared to be distancing himself from the sudden curtailment of the tenure of former Home Secretary L C Goyal, saying "please ask the Prime Minister". 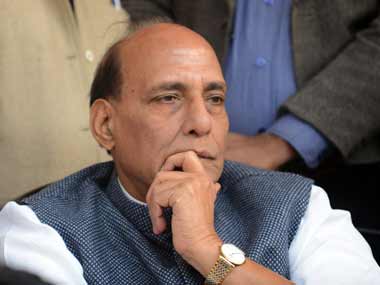 Goyal, a 1979-batch IAS officer, had taken over as Home Secretary in February this year after the government decided to sack Anil Goswami for his alleged interference in CBI probe against former Union minister Mantang Sinh in Saradha scam.

However, Goyal was surprisingly removed on August 31. The official word on it was that his application for voluntary retirement had been accepted. Soon thereafter he was appointed Chairman and Managing Director of International Trade Promotion Organisation.

At the 'Diwali Milan' today, the Union Home Minster was asked about the reason behind his removal. "I don't know why. Please ask the Prime Minister," he said but was quick to add that the post of Home Secretary was not permanent.

"Bureaucrats come and go," he said.