Ranchi: Three days of downpour due to the peripheral effect of cyclone Phailin has caused the water level in Panchet dam of Damodar Valley Corporation to breach its danger mark and Maithon to hover near it. 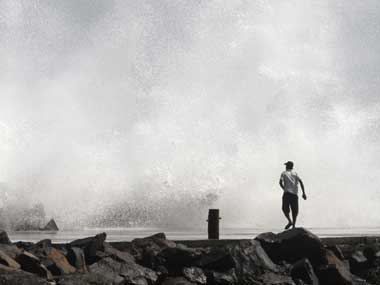 The ratio of water inflow in Maithon was 2.2 lakh acre feet per day, while 62,000 acre feet water was being discharged.

In Panchet, the ratio of water inflow in dam was 2.24 lakh acre-feet and 1.72 lakh acre feet water was being released from the dam per day following heavy rains in catchments areas of Damodar and Barakar rivers during the past three days, he added.

The official said the water level in Maithon Dam was recorded 494.7 feet against the danger mark of 495 feet now while in Panchet it was 428.7 against danger mark of 425 feet.

Chief Minister Hemant Soren has convened a high-level meeting here to take stock of the situation following the Phailin effect.

“We have already provided a report of crop damage. There will be a compiled damage report after the Disaster Management department provides its report,” a senior agriculture department officer said in Ranchi.