Lucknow: Rubbing salt into the wounds of Muzaffarnagar riot victims, SP leader Atiq Ahmed has said that those living in the camps were "professional beggars".

"In every class, in every society professional beggars are found. So, everyone knows that some of these beggars entered the riot camps," the former MP said.

"The victims were given Rs 15 lakhs and jobs. But the people being shown in the camps were professional beggars," he charged. 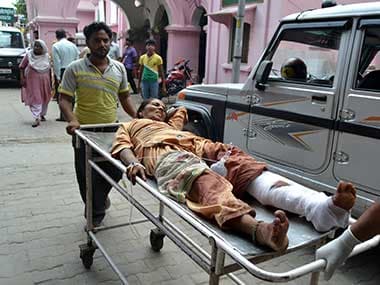 A victim of the riots in Muzaffarnagar. Reuters

The Akhilesh Yadav government has been facing flak for the plight of the Muzaffarnagar riot victims with several parties criticising the government over the difficult circumstances in the relief camps.

The SP leadership recently came under attack over holding the annual 'Saifai Mahotsav' at SP supremo Mulayam Yadav's native village Saifai at a time when hundreds of victims of Muzaffarnagar riots were braving the harsh winter.