New Delhi: The UB Group of liquor baron Vijay Mallya, who is on the verge of being expelled from the Rajya Sabha after defaulting on debts of Rs 9,000 crore to Indian banks, was sharply rapped by a parliamentary panel four decades ago for trying to illegally import Australian hops that would have played havoc with the country's agriculture, a reply to an RTI query by IANS has revealed.

"How a private brewery could get clearance from both the Ministries of Commerce and Agriculture and DGTD and make a daring attempt to smuggle in, in a way, infested hop cuttings by air without the necessary permits from the Directorate of Plant Protection, Quarantine and Storage is a matter which calls for a thorough investigation with a view to fixing individual responsibility. The matter should be referred to Central Vigilance Commission," the Public Accounts Committee said in its 136th report on 25 February, 1975. 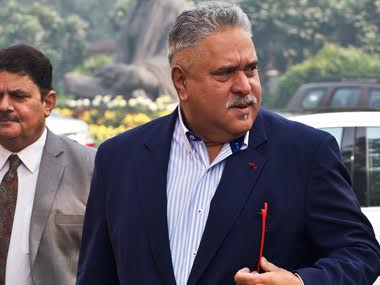 The report, however, was never made public.

Enquiries reveal that after more than four decades, no action was taken against anyone, in spite of the strongly-worded report. Only the Quarantine Act was amended to prevent such frauds.

The committee, headed by Lok Sabha MP from West Bengal Jyotirmoy Basu of the CPI-M, was informed by the finance ministry that a consignment of hop plant root cuttings (12,000 numbers) packed in six cases was off-loaded at the Palam Airport on 19 May, 1974 from an Air India plane. After examination, the consignment was destroyed. Hop plants are used to add flavour and improve beer quality.

The consignment was imported by United Breweries Ltd which at that time was headed by Mallya's father, Vittal Mallya.

The committee had taken cognizance of a news item that the import of worm-infested hop plants posed a threat to the Indian farming. It had also examined the representatives of the ministries of commerce and agriculture (Directorate of Plant Protection, Quarantine and Storage). The report is, however, silent on why exactly the plants were sought to be imported.

The PAC observed that the case had thoroughly exposed the ineffectiveness of the age-old and outdated legislation and the governmental machinery and the loopholes in the regulatory measures promulgated by the Indian government from time to time to prevent the import of infested plants which constitute a great potential hazard.

The report further said the panel was "informed that the government of India is examining the question of imposition of penalties in respect of the transaction of import of hop plants in contravention of the provisions of the Destructive Insects and Pests (DIP) Act and that they are also examining the need for a comprehensive revision of the DIP Act."

The committee was also informed that the India had written to the Australia pointing out that the consignment in question was not accompanied by certificate saying it was free from injurious diseases.

Vijay Mallya's passport was revoked earlier after he ignored at least three summons from the Enforcement Directorate for a probe into his Rs 9,000 crore default. now in the United Kingdom, the industrialist says he has been forced into exile.

A parliamentary ethics panel on Wednesday recommended that Mallya's Rajya Sabha membership be revoked with immediate effect. His term was to end in May.