The Indian Army's surgical strikes on Wednesday night along the LoC in Pakistan-occupied Kashmir (PoK) has set-off a series of reactions from the Pakistani side, even as its Prime Minister Nawaz Sharif claimed that Islamabad is all for peace. After a series of soft push backs, New Delhi had upped its anti-Pakistan narrative following the Uri terror attack.

While the Indian government sought to isolate its neighbour on the international platform, with moves like pulling out of the Saarc Summit, the Indian Motion Pictures Producers' Association (IMPPA), an artists' body, banned Pakistani artistes and technicians from working in India. 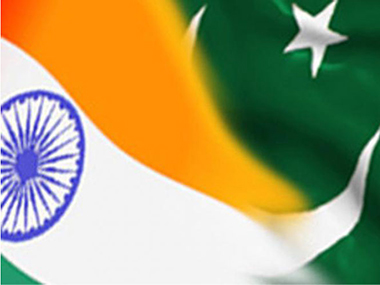 Now reports have surfaced that Pakistan's theatre owners have decided to withdraw and ban screening of Indian movies until bilateral tensions between the two countries subside.

"We will suspend the screening of Indian films till normalcy. No Indian movies will play in my cinemas from Friday onwards," said Nadeem Mandviwalla, owner of Mandviwalla Entertainment which runs Atrium Cinemas in Karachi and Centaurus in Islamabad, according to PTI.

In the past week, Bollywood films Pink and Banjo had released in Pakistan. Though MS Dhoni: The Untold Story too was supposed to release, Pakistan film distributor IMGC Global Entertainment withheld it, citing reasons like the movie could have anti-Pakistan elements in its narrative about cricket, the company's head Amjad Rasheed told IANS over phone from Dubai.

Another cinema owner added that this ban should continue until the Indian government offers Pakistani films a level playing field and Pakistani artistes complete protection. However, the Pakistani government has not yet issued an official directive in this regard.

Meanwhile, Chief Justice of Pakistan Anwar Zaheer Jamali also cancelled his visit to India next month, citing the "present conditions", according to Pakistani media reports. Jamali has refused to attend the global conference slated to be held in India from 21-23 October, Radio Pakistan reported.

In July, Indian High Commissioner Gautam Bambawale had personally invited Jamali to the conference on national initiative to strengthen arbitration and enforcement. In a letter to the Indian Supreme Court, Jamali said that in the "present conditions" he could not attend the meeting, the News International reported.

The decision was made due to tense situation between the two countries, the report said. A senior official of the Pakistan Supreme Court said that though the Pakistan Foreign Office recommended that the CJP may attend the conference, Jamali refused to visit India in light of the prevailing circumstances, the Express Tribune reported.

Jamali's decision can be seen as a meltdown to the long-standing peace efforts between the two nations.

Trade relations could not remain untouched as Pakistan scuttled India's participation in the Asian Trade Promotion Forum (ATPF) CEO meet held this week by withholding travel permission of an Indian High Commission official to Lahore. The 29th ATPF CEO meet was held in Lahore from 24 to 26 September and the trade counsellor of the Indian mission was scheduled to attend the event. However, he was denied permission to travel. The ATPF, comprising 24 member countries including Australia, Japan and China, aims to enhance trade in the region through information exchange, implementation of cooperative projects and strengthening networks among members.

Meanwhile, the usual political rhetoric also stayed in place as Sharif chaired a Cabinet meeting to "to put across collective response of the nation to the challenge thrown by the latest events," Radio Pakistan reported.

According to PTI, Advisor on Foreign Affairs Sartaj Aziz said support to the "just struggle of the Kashmiri people would remain priority of Pakistan and it would not back down on this account" while he blamed India for indulging in "diversionary tactics" in a bid to deflect attention of the international community from its "brutalities" against Kashmiris. Pakistan's Defence Minister also said that India is displaying "irresponsible attitude" and trying to play to the gallery in a bid to "hoodwink" its public opinion.

Also, retaliating on the diplomatic level, Pakistan's UN Ambassador Maleeha Lodhi has said that she is due to meet UN Secretary-General Ban Ki-moon on Friday to discuss the existing situation between India and Pakistan. She also met New Zealand's UN Ambassador Gerard van Bohemen, who is the current president of the 15-member UN Security Council, and urged him to informally brief the world body on the escalating tension along the border.

Pressing further the escalation ceiling between the two nuclear armed neighbours, India had carried out a surgical strikes at seven terrorist launch pads in PoK. The attack is being termed as New Delhi's retaliation to the 18 September terror attack on Indian Army Base in Uri where 19 soldiers lost their lives. The attack is also being largely seen as an attempt to quell the handful incidents of cross-border skirmishes and crossfire violations from the Pakistani side. According to PTI, including Friday's firing in Akhmoor district in Jammu, Pakistan has violated the ceasefire five times in September and three times in past 36 hours.