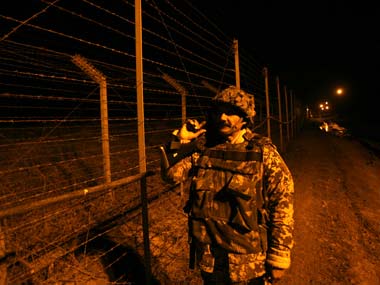 An infant and an elderly man were killed and seven people were injured in heavy mortar shelling by the Indian Border Security Force (BSF) in villages along the Sialkot IB on Monday, Dawn online reported.

The attack came at night when residents of villages in Bajwat, Chaprar, Harpal, Sucheet­garh, Merajkey and Charwah sectors were asleep, the daily quoted senior officials of the Punjab Rangers as saying.

A strong protest was also lodged with the UN Military Observer Group (UNMOGIP) "regarding unprovoked firing by Indians across the IB", Inter-Services Public Relations said.

He claimed that Pakistan has "never violated the ceasefire agreement" signed between the two countries in 2003 to maintain peace at the border and the Line of Control.