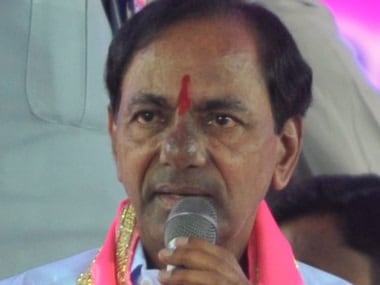 They were on their way to meet the villagers who were injured in police baton charge on Sunday.

The trouble began after people from villages which are facing submergence due to Mallanna Sagar project were heading towards the Medak-Karimnagar highway to block it.

The opposition parties condemned the police action and alleged that the government was using force to suppress people's agitation.

The Medak district shutdown called by the opposition parties on Monday evoked a mixed response.

Shops and businesses were closed in some towns. In Siddipet, there was mild tension when workers of ruling Telangana Rashtra Samithi (TRS) forced some shopkeepers to re-open their shops.

Irrigation Minister Harish Rao has alleged that the opposition parties were provoking people which led to violence.

He clarified that the government was not forcing anybody to part with their land. He told reporters in Hyderabad that people in six villages had voluntarily came forward to give away their land.

More than 50 people were injured when police baton charged them to prevent them from staging a protest on the Hyderabad-Karimnagar highway. The violence broke out near Pallepahad in Medak district.

People in 14 villages in the district faced submergence due to the proposed irrigation project but people have been opposing the government's move to acquire their land under an order issued recently.

The farmers are demanding adequate compensation under the Land Acquisition Act 2013.

All opposition parties are backing the oustees. Medak is the native district of Chief Minister K. Chandrasekhar Rao. He represents Gajwel constituency in the same district.