A peon at a collector's office in Odisha believed that because of the Bharat Bandh on Monday, there would be no one at work, and he could head home. You can't blame the peon for the honest mistake, but he left two employees at the Dhenkanal collector's office in quite a predicament — the peon, identified as Sumant, locked District Sports Officer Pradeep Kumar Mohanty and another employee inside the collector's office and merrily headed home. 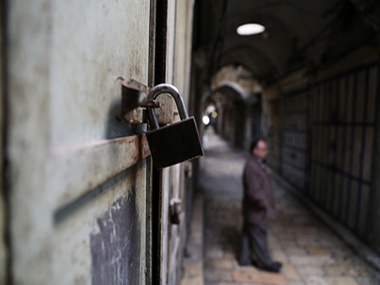 It was only after the peon returned to the office an hour later and opened the door that they could leave. Mohanty later informed a local journalist about the incident. It's unclear why Sumant returned to the collector's office.

The Bharat Bandh, called by the Congress and supported by several Opposition parties, has disrupted normal life in Odisha. Congress workers blocked roads and stopped trains from plying, leaving commuters stranded as means of public transport such as buses, taxis and rickshaws also stayed off roads.

Shops, markets, business establishments and educational institutions remained closed statewide during the nine-hour shutdown to end at 3 pm. Attendance was thin at offices, though employees were seen reaching banks and offices early in the morning.

Describing the bandh as a "complete success" in the state, Odisha Pradesh Congress Committee president Niranjan Patnaik said people had extended their spontaneous support to the strike as they have been hit hard by the soaring prices of petroleum products.

With inputs from 101Reporters and PTI