Chennai: In a bid to ensure quality and affordable drinking water to the poor and middle class people, the Jayalalithaa government in Tamil Nadu is set to launch nine 'Amma Mineral Water' production units across the state that would offer one litre bottle priced at Rs 10.

These units, to be established by the state transport corporations, would make available one litre of mineral water packed in bottles at Rs 10 each, ensuring safe water and reducing to some extent the financial burden of the people, Chief Minister J Jayalalithaa said in a statement here. 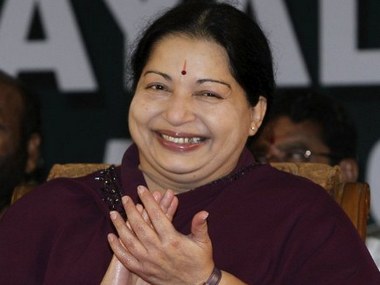 The government initiative would be a boon to the people, especially the Chennaites who were left in the lurch by the recent strike by packaged drinking water firms after the Tamil Nadu Pollution Control Board shut down 92 manufacturing units found operating without licence. Jayalalithaa, who is fondly called by her party cadre as "Amma", said that in the first phase, a production unit would be established in suburban Gummidipoondi with a capacity of three lakh litre per day and necessary equipment would be procured by the road transport corporation.

The water bottles would be made available in buses plying in long distance routes, at mofossil bus terminus and bus terminals here, Jayalalithaa said. She said the transport corporations would sell a litre of bottled water at Rs 10 as against Rs 15 by the Railways and Rs 20 by private players. After the official launch of the first unit on the occasion of AIADMK legend and late Chief Minister C N Annadurai's birth anniversary on September 15, nine more water production units would be established across the state, she said.

The strike by over 200 mineral water companies in Chennai left the residents thirsty as most of the households depend on these bubble-top water cans, other than the supply from Chennai Corporation. The price of a can of 20 litre water, normally sold at Rs 25-30, went up to even Rs 80 during the strike period in view of huge demand.

The mineral water initiative is the latest in a series of pro-poor measures taken by the AIADMK Government to provide relief to the people reeling under the spiralling price rise. 'Amma canteens' that serve breakfast, lunch and dinner at subsidised rates and vending outlets selling vegetables at subsidised prices are among the measures.

Jayalalithaa defended her pro-poor programmes, saying her government had to take such initiatives as the prices kept shooting up because of the "wrong economic policies" of the Centre.