Greater Noida: The district administration has cancelled the permanent licences of four firecracker shops following a Supreme Court order banning the sale of fireworks in Delhi and the National Capital region. The licences of two shops in the Dadri area and one each in Rabupura and Jehangirpur have been cancelled, Greater Noida city magistrate Rajesh Kumar said. 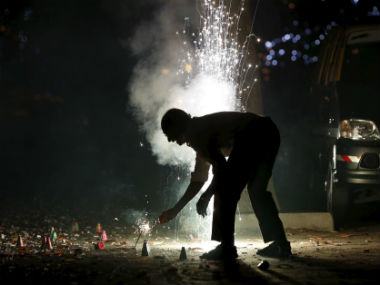 Meanwhile, schools in the region supports the apex court's decision. Principal BHIS Sharmila Chatterjee said, "We support the ban, but it should be also imposed at the manufacturing stage." The school's director Jasmine Gandhi suggested that the administration earmark an area, away from residential areas, where one can burn fireworks.

Chetnaa Sunil, a teacher at Lotus Valley School, said, "The ban should be imposed in the entire country, and not only in a particular area."