Lucknow: The Uttar Pradesh police have filed chargesheets in 22 cases in Muzaffarnagar riots, an official said on Saturday. These chargesheets have been filed by the Special Investigation Team (SIT) after investigations into the charges against the accused. 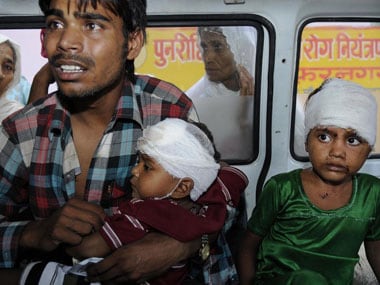 A total of 6,261 people have been named in 543 cases in Muzaffarnagar communal riots that left 63 dead and rendered thousands homeless. Police said investigating officer had added names of 162 people in the original list of accused after which the total number of accused went up to 6,423.

Allegations against 683 have been found to be correct and as many as 242 people have been jailed. The police is on the lookout for others who are absconding, while 47 have so far surrendered.