Modi in Singapore: India-US-Australia-Japan Quad must move from theoretical discussion to pragmatic cooperation

The third meeting of the Quadrilateral Security Dialogue or Quad, which comprises India, the United States, Japan and Australia, is in Singapore on the sidelines of the East Asia Summit (EAS). The four countries will share their respective perspectives on regional geopolitics, while chalking out a strategy to balance China's growing assertiveness in the Indo-Pacific. This is the second Quad meet this year, and will be held at the joint secretary-level on Wednesday. The last meeting, that also took place in Singapore in June this year, witnessed the four countries reaffirming their support for a free, open, prosperous and inclusive Indo-Pacific region. Should the Quad strategy be suitably implemented, it can definitely prove revolutionary in strengthening the current balance of power across much of the globe.

It has been a year since the revival of the Quad. However, it is yet to take a concrete shape as there has not been substantial dialogue on how to make it a reality. The Quad continues to remain a bureaucratic-level dialogue that meets occasionally — twice a year. It is not a defence dialogue yet, much less an alliance. This has understandably given rise to scepticism about the usefulness and efficiency of the formation.

The Donald Trump administration's Indo-Pacific framework recognises strong connections between the Indian Ocean and the Western Pacific, putting India at the centre of this new geopolitical construct. Washington strongly believes that the Quad must eventually evolve into a ministerial-level dialogue laden with a military component. But the Trump administration is not oblivious to the fact that India is on the fence about going too far with the Quad. There is deep ambivalence in New Delhi on the issue of militarisation of the Quad. India has clarified that there is no need to "conflate" the Indo-Pacific with the Quad, stressing the centrality of ASEAN in the former. 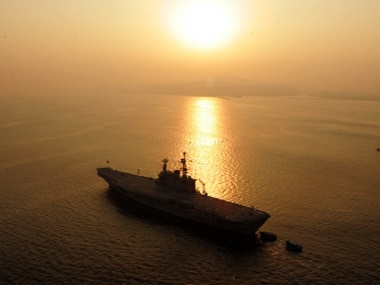 Prime Minister Narendra Modi's speech at the Shangri-La dialogue in June, in which he clarified that "India doesn’t see the Indo-Pacific Region as a strategy or as a club of limited members" underlines New Delhi’s attempt to distinguish the Quad from the Indo-Pacific.

In line with this argument, India had rejected Australia's request to participate in the MALABAR naval exercise held by India, the US and Japan near Guam in June. Australia's participation in the exercise would have been an excellent opportunity to demonstrate the military dimension of the Quad, but India's refusal stemmed from its preference to avoid any confrontation with China. New Delhi has not forgotten that China had lodged a strong protest when the MALABAR exercise in 2007 had been expanded to include Australia.

Even since the 'informal summit' between Modi and Chinese president Xi Jinping in April this year at Wuhan, India has been unwilling to risk the constructive elements of its delicate ties with China. The evolving dynamics of the Russia-India-China (RIC) mechanism, the Shanghai Cooperation Organisation (SCO) and BRICS can be seen as components of India's balancing act between the US and China.

Another factor responsible for India's unclear standpoint on the Quad has been New Delhi's traditional policy of 'strategic autonomy', which accords primacy to maintain relations with all major powers without getting involved in a strategic commitment towards one country or a group of countries. India continues to resist raising the level of the Quad from the joint secretary-level to that of foreign minister-level, as demanded by the US and Japan. Although these factors have inevitably raised questions about India’s reliability in the Quad, it needs to be understood that India's stance on the Quad is not an explicit move against China, but rather a calculated move to protect its interests, and to reinforce its diplomatic outreach against China’s growing assertiveness that poses numerous challenges to India’s strategic ambitions.

The growing bilateral trust between New Delhi and Tokyo is reflected in the fact that Japan is the only foreign country that has been allowed to invest in India’s strategically-important North East region. Japan is also planning to establish high-standard infrastructure in the Indo-Pacific under its official development assistance. And only last week, Australian prime minister Scott Morrison unveiled the $2-billion infrastructure financing facility for the Pacific as part of his government’s new measures aimed at projecting Australia as the region’s principal security and development partner.

But the success rate of the BRI, as well as the lack of an overarching alternate vision to the BRI seem to have led to an incoherent approach to deal with Chinese manoeuvres. The Quad-centric infrastructure plans are still at a nascent stage and it seems doubtful if the member states will commit sufficient financial resources to provide a credible alternative to the BRI. Clearly, there is so much more to be done on the infrastructure front, both to challenge the BRI and to bring prosperity to underdeveloped regions in the Indo-Pacific.

Another challenge relates to the second layer of regional partners associated with the Quad. There can be no successful China-containment strategy unless regional States — Indonesia, Vietnam, Malaysia and Singapore — wholeheartedly subscribe to its mandate. But there have been genuine apprehensions in the Southeast Asian region that the emergence of the Quad in the Indo-Asia-Pacific region would be interpreted as a testimony to the failure of ASEAN-centric institutions to maintain a balance of power in the region. The Quad members have spent considerable diplomatic energy to assure the ASEAN bloc: the centrality of ASEAN has been emphasised just to allay these apprehensions.

Indonesia, Vietnam, Malaysia and Singapore have been willing to be a part of a robust strategy to counter China’s assertiveness. However, in the absence of a concrete shape of the Quad coupled with the lack of clarity on the mechanism of their engagement through dialogue partnerships may have made them a bit too cautious. They are also wary of China’s antagonistic response.

Doubts have also been expressed on the issue of bilateral relations of the Quad members with China. Although all the four countries are deeply apprehensive of China’s strategic intentions and its increasing geopolitical influence, each of them enjoy strong trade and economic ties with China. It has been argued that following the revival of the Quad in late 2017, the enthusiasm of the members has gradually dissipated against the prevailing geopolitical realities. But it needs to be understood that the formation of this kind of unique grouping is a long process. At present, it serves the limited purpose of political signalling while improving coordination among maritime powers in the Indo-Pacific.

Notwithstanding numerous contradictions and challenges, the Quad is capable of operating efficiently regarding regular exchange among its members regarding their perspectives on China’s military capabilities and intentions with each other, while expanding multilateral cooperation in the fields of humanitarian assistance, disaster relief, energy security and cyber security.

One of the biggest positive aspects has been on the military engagement front: India, the US, Japan and Australia enjoy remarkable levels of intelligence exchanges, military interoperability and personnel interactions. Leaving the quadrilateral aside for a moment, there is already much happening strategically on the bilateral and trilateral fronts. If we talk trilaterally, the US-Japan-Australia engagement is very robust, particularly due to the legacy of America-led defence alliances. The India-US- Japan trilateral dialogue is also taking shape. Now, Japan has become a permanent part of the India-US naval exercises. However, no military technology transfer or sale of defence equipment has taken place thus far between India and Japan.

The Indian Air Force participated in Australia’s Pitch Black exercise in August this year, marking a growing degree of comfort with regional defence cooperation. Most importantly, India’s bilateral ties with the US are on the upswing. This year has witnessed the inauguration of the 2+2 dialogue between the two countries, with military exercises becoming more frequent. After lengthy negotiations spanning several years, New Delhi and Washington have signed a logistics supply agreement and communications agreement.

While India’s resources remain limited, it can increase its influence in the Indo-Pacific through collaborative ventures with like-minded countries. Promoting pragmatic cooperation with these countries will be far more useful than endless theoretical discussions regarding the Quad and the Indo-Pacific. Although Beijing is likely to oppose all those activities that are perceived to be even remotely aimed against it, China’s rising military capabilities give ample reason for India, the US, Japan and Australia to step up their cooperation and place the Quad where it should be — front and centre of their strategic outlook and foreign policy.