Bhubaneswar: Peeved over the Odisha government's fresh bid to go for bauxite mining in Niyamgiri hills despite rejection by the Gram Sabhas, the Niyamgiri Suraksha Sangram Samiti has threatened to launch a big stir.

The state government had last month petitioned the Supreme Court for holding a fresh Gram Sabha in the Niyamgiri
area, an earlier attempt to get the nod of the village body was unsuccessful.

"We have urged the Apex Court to allow the state-owned Odisha Mining Corporation to undertake mining at Niyamgiri hills," said Steel and Mines Minister Prafulla Kumar Mallick on Wednesday. 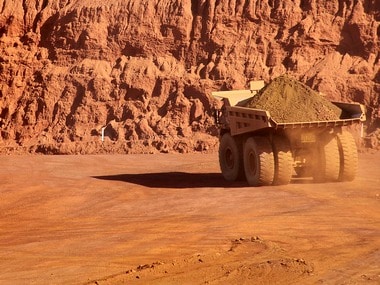 "The Dongaria Kondh tribals will never allow mining at Niyamgiri hills, considered as their God. If the government
tries to hold another Gram Sabha, we will certainly oppose it. We are ready to face any eventuality including violence," said Lado Sikaka, president of the tribal body.

Earlier in 2013, the state government had attempted bauxite mining at Niyamgiri to feed the Vedanta's refinery
established close to the hills.

However, the proposal was dropped after the gram sabhas held in 12 villages that year had rejected it.

The tribal leaders alleged the state government is trying to spread terror among the people who oppose the mining
proposal. They said they would also oppose mining in the adjacent Karlapat hills.