New Delhi: Narayan Dattatraya Apte was hanged for the murder of Mahatma Gandhi along with the main assassin, Nathuram Godse, on 15 November, 1949.

Today, 68 years after that event, a petition in the Supreme Court claims that the identity of Apte remains mired in doubt and seeks reopening of the investigation into Gandhi's assassination. Justice JL Kapur Commission of Inquiry, set up in 1966 to unearth the entire conspiracy, had reported Apte to have been in the Indian Air Force. 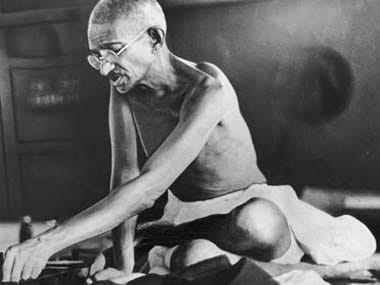 However, Manohar Parrikar as Defence Minister on 7 January 2016, had informed Pankaj Phadnis, the petitioner in the apex court, that "no information related to Narayan Dattatraya Apte being an Air Force officer could be found anywhere".

Phadnis, a researcher and a trustee of Abhinav Bharat, Mumbai, who has raised questions about the investigation into Gandhi's murder suggesting whether it was one of the biggest cover-ups in history, has annexed the letter received from Parrikar, now Goa Chief Minister, in his petition. The petitioner has contended that such information establishes the involvement of an alleged foreign hand in the assassination of the Father of the Nation on 30 January 1948.

Parrikar's letter states: "I have got the matter examined. I have been informed that the matter was referred to various agencies within the Air Force, MoD History Division as well as to AA at HCI, UK with the request to provide any information pertaining to Mr Narayan Dattatraya Apte.

"All the agencies have confirmed that they have not found any records pertaining to Narayan Dattatraya Apte. History Division of MoD even liased with National Archives, Central Secretariat Library and consulted private papers of Mahatma Gandhi's murder trial," it said. The letter also said that the Gazettes of India (Air Branch) for the year 1943-46 were also searched but no information related to him being an IAF officer "could be found anywhere."

While seeking reopening of the probe into the Gandhi assassination case, Phadnis on the basis of the Parrikar's letter, has submitted to the apex court that "there is therefore reasonable ground to believe that Apte was an operative of British Force 136, which can be established only after further investigation."

The apex court has appointed senior advocate Amarender Sharan as an amicus curaie in the matter to examine the petition and documents provided by Phadnis, who has also questioned the 'three-bullet theory' in the murder of Gandhi. He has raised question whether there was a fourth bullet which was also fired by someone apart from Godse?

While Godse and Apte were sentenced to death in the trial that was held at the Red Fort, Vinayak Damodar Savarkar was given the benefit of doubt due to lack of evidence on 10 February 1949.

There were 12 persons named in the charge sheet. One of the accused had turned approver while five were sentenced to life. Three persons were declared as absconders in the case. Godse and Apte were hanged at Ambala jail on 15 November, 1949 after the High Court of East Punjab confirmed their death sentence on 21 June, 1949.

Inspired by Savarkar, Abinav Bharat, Mumbai, which was set up in 2001, claims to work for socially and economically weaker sections with a focus on bridging their digital divide. Phadnis said this case was one which concerned the truth behind the real hand or culprits who performed the dastardly act of Gandhi's killing and also their hidden agenda of derailing the Great Gandhi-Jinnah People-to-People Contact that the Mahatma had planned to embark upon.

This plan was derailed because of the assassination, the consequences of which are being felt even now, he has contended.