Srinagar: The National Investigation Agency has secured recorded confessional statements on the flow of money, especially from Pakistan, from two persons accused in a case related to the funding of terror activities in Kashmir, officials said on Tuesday 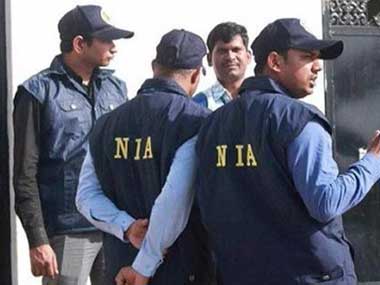 The statements made before a judicial magistrate had tightened the case against separatists who allegedly funded stone-pelters and spread unrest in the Valley, NIA officials said on the condition of anonymity.

While one has been formally arrested, the other was detained and subsequently let off after he said he would turn approver, the officials said, declining to divulge their names.

The former, arrested on 24 July this year after his house was raided by the central probe agency, approached NIA sleuths, giving his consent for recording his confessional statement.

He gave a detailed account of how funds were sent from Pakistan-based terror organisations as well as its external snooping agency ISI to separatists based in the Valley, the officials said.

The other person who has recorded his confessional statement is a close aide of pro-Pakistan separatist leader Syed Ali Shah Geelani.

The entire process is videographed and no investigation officer is present in the court premises during the proceedings. In case of retraction later, the agency can file a case of perjury.

The NIA has arrested 10 people so far in connection with alleged funding of terror activities case. The list includes Altaf Ahmed Shah, the son-in-law of Geelani, and noted businessman Zahorr Watali.

Geelani's close aides Ayaz Akbar, who is also spokesperson of the hardline separatist organisation Tehreek-e-Hurriyat, and Peer Saifullah have been also been arrested.

The NIA had registered a case on 30 May against the separatist and secessionist leaders, including unknown members of the Hurriyat Conference, who have been acting in connivance with active militants of proscribed terrorist organisations Hizbul Mujahideen, Dukhtaran-e-Millat, Lashkar-e-Taiba (LeT) and other outfits and gangs, officials said.

Hafiz Saeed, the Pakistan-based chief of the Jamaat-ud-Dawa, the front of the banned terrorist organisation Lashkar-e-Taiba (LeT), has been named in the FIR as an accused.

The FIR also names organisations such as the two factions of the Hurriyat, one led by Geelani and the other Mirwaiz Umar Farooq, the Hizbul Mujahideen and the Dukhtaran-e-Millat, an all-women outfit of separatists.