Bengaluru: A journalist with a Kannada daily has been arrested in Tumakuru in Karnataka for his alleged inflammatory speech against the recent Tipu Jayanti celebrations, following which the BJP condemned the police action and demanded his release. 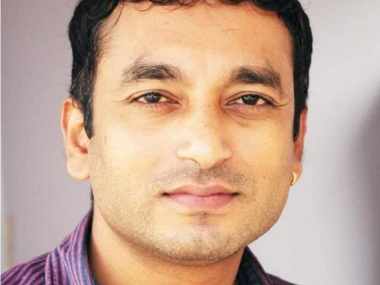 The Tipu Jayanti celebrations marking the birth anniversary of the controversial 18th century Mysore kingdom ruler Tipu Sultan were held across the state on 10 November amid protests by the BJP and right-wing organisations.

Calling Tipu a "religious bigot", the state BJP unit had urged the state government to drop its decision to celebrate the Jayanti.

Thammaiah was arrested from his in-laws' residence in Madhugiri in Tumakuru, editor of the daily Vinayak Bhat told PTI.

A local newspaper had published a report quoting his speech made at a protest against Tipu Jayanti at Gonikoppal in Kodagu district on 9 November, based on which the arrest was made, Bhat claimed.

Condemning the action against the journalist, BJP state general secretary Aravinda Limbavali said it was "a cowardly act" on the part of the Congress-JDS coalition government to arrest a person exercising his democratic right of freedom of speech.

In a statement, he demanded that Thammaiah is released immediately, and said the BJP would launch a statewide agitation if he was not let off.