Madhya Pradesh: Chief Minister Kamal Nath-led Congress government in Madhya Pradesh has ordered health workers in the state to bring at least one man for sterilisation or face a penalty. 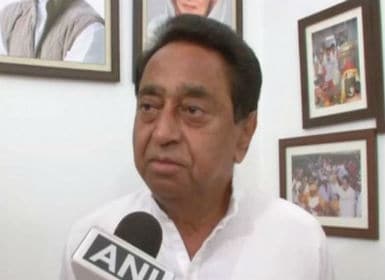 "Officials in the district should identify workers with zero work output and apply the 'no work, no pay' principle if, they have failed to get one male person for sterilisation in the 2019-20 period," stated the order in Hindi, signed by NHM, Madhya Pradesh, Mission Co-ordinator, Chavi Bharadwaj.

The diktat has stark similarity with the sterilisation drive forced on people during the National Emergency in 1975 under the Indira Gandhi-led Congress government.

The circular stated that all multi-purpose health workers (MPHWs) should mobilise at least five to 10 "willing beneficiaries" when camps are held in districts.

"All male MPHWs should mobilise at least five to ten willing beneficiaries who will opt for sterilisation when camps are held in districts," the order dated 11 February further said.

The circular stated that if the situation did not improve, proposals recommending compulsory retirement of MPHWs will be sent through District Collectors to the NHM headquarters in Bhopal.

"If the target is not achieved by 20 February then the proposals calling for compulsory retirement of MPHWs will be sent through District Collectors to the NHM headquarters in Bhopal," the order stated further.